Fabulous Fiction Firsts #776, “We all like chicken.” ~ Malcolm X 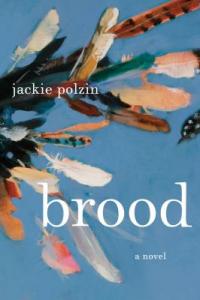 Brood * (also available in downloadable eBook and audiobook) by Jackie Polzin (Brown, Iowa Writers' Workshop) is “a wonderfully written first novel, full of nuance and humor and strangeness, whose unnamed narrator lives in the Camden neighborhood of Minneapolis and is married to an economist,” wrote Elizabeth McCracker in her New York Times Book Review,  “Brood” is a perfectly titled book, a word that can be thing or an action, can refer to people or single chickens or multiple chickens or children. The reader turns the title over and over, to see all the meanings it accrues.”

The novel opens with the chickens - Gam Gam, Miss Hennepin County, Gloria and Darkness — nesting in a repurposed dollhouse coop in the backyard of our unnamed narrator, who heroically tries to keep her small brood alive despite the seemingly endless challenges. Now with Percy, the narrator’s economist husband, up for professorship at a prestigious university on the West Coast, she needs to find them a home.  As Percy is preoccupied with their future, our narrator turns her gaze on their past - her job cleaning houses; her friend Helen, a real estate agent and new mother; her recent miscarriage - likely their last hope of a family; and how the chickens have become "an endless source of entertainment and worry.”

“Calling to mind the cerebral works of Olivia Laing and Jenny Offill, Polzin’s story has a quiet intensity that churns throughout. It’s in the tension she builds within her narrator’s isolated world, navigating the paradox of domestic intimacy, the comfort and terror it sows, and the unexpected shapes motherhood can take. There are no heart-quickening plot twists or climactic endings here, and that’s the beauty of Polzin’s writing. It doesn’t need either to move you. In Polzin's deft hands, the mundane is an endless source of wonder. A moving meditation on loss, solitude, and the hope that can rise from both.” (Kirkus Reviews) 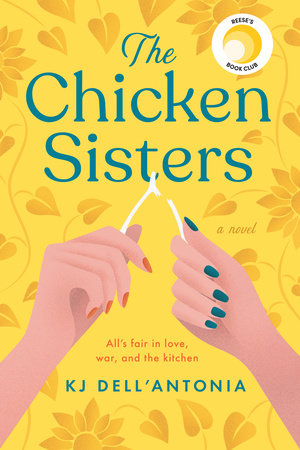 Now, a change of pace…

The Chicken Sisters * (eBook and also available in downloadable audiobook) by K. J. Dell’Antonia where two chicken shacks and a food war will throw three generations of the citizens of Merinac, Kansas into chaos.  Oh, did I forget to mention that $100,000 is at stake?

For a century, Chicken Mimi’s and Chicken Frannie’s both claim to serve the best fried chicken in the state. Founded by the namesake sisters, the legendary feud continues to pit the Moores against the Pogociellos. 35 year-old widowed Amanda Moore grew up working for her mom at Mimi’s before scandalously marrying Frank Pogociello and now manages the front-of-house at Frannie’s. Hoping to bring new business to their small town, Amanda applies to Food Wars, the reality TV restaurant competition that promises $100,000 to the winner… as long as she could bring Mimi’s (and her estranged mother Barbara and the dishy new cook, Andy) on board.

What Amanda could not predict is the arrival of Mae, her older sister - a Marie Kondo–eqsue professional organizer with a television show called Sparkling, and a secret agenda.

“Dell’Antonia writes convincingly and sympathetically about complicated family relationships, giving Mae and Amanda each relatable flaws. The Food Wars scenes are a fun peek behind the curtain of the reality TV world, and the small-town warmth of Merinac is comfortingly quirky.  A charming and satisfying story about family bonds that will make meat eaters everywhere crave fried chicken.” (Kirkus Reviews)