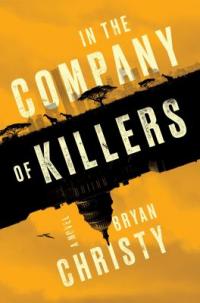 In the Company of Killers, * * * * is “an exceptional adventure thriller” (Publishers Weekly) by Bryan Christy (Law, UMich, and National Geographic's founder of Special Investigations) where elephants and humans alike are pawns in a global game of espionage.

In Samburu County, Kenya, American journalist Tom Klay’s latest counter-poaching assignment went terribly wrong. In an ambush, he was wounded while his trusted friend and guide Bernard Lolosoli was killed, and they had failed to document local crime kingpin Ras Botha killing a world-famous elephant for its massive tusks. Back at his DC office of The Sovereign, Tom finds that the magazine has been sold to Perseus Group, the largest supplier of paramilitary forces in the world, and that his CIA handler/mentor is retiring, unraveling his carefully constructed double life.

To settle the score and to take down Botha's smuggling empire, the CIA offers to send Tom to Johannesburg to team up with his one-time lover - South African prosecutor Hungry Khoza. But Tom soon discovers that he and Hungry are part of a larger, more lethal game, one that involves a ruthless mercenary and a global superpower. And everything he thought he knew about his work and his friends might have been a lie.

“Fans of both espionage and global crime thrillers will find a gem here: Klay is an introspective, flawed survivor who bends operative stereotypes, and the intersection of corporate greed, media, technology, and crime is chillingly current.” (Booklist) 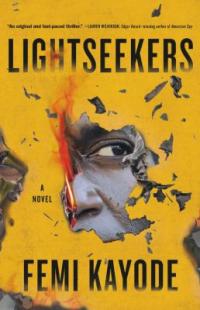 Nigerian investigative psychologist Dr. Philip Taiwo, recently returned from the US to his hometown of Lagos, is called on by a prominent banker, whose son was one of three undergraduates "beaten, broken, and burnt alive" by an angry mob in the university town of Okriki, to investigate. The case known as the Okriki Three is highly controversial. Footage of the crime is widely shared on social media, and a number of people are arrested and tried, but no reasonable motive emerges.

With the help of his of loyal and streetwise driver, Chika,” Taiwo slowly, and cleverly, pulls the veil back on violent, secret societies of college-age men. “With alluring characters, including a chillingly psychotic villain; an original, many-faceted plot; and blazing psychological and social insights, Kayode's commanding and thought-provoking first crime novel launches a profoundly promising series.” (Booklist)