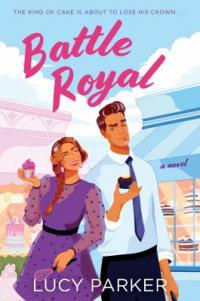 Battle Royal *  by Lucy Parker (also in downloadable eBook and audiobook) is “(b)rimming with pop culture references and quick wit, (an) enemies-to-lovers romance that kicks off the Palace Insiders series. (Publishers Weekly)

Four years ago, Sylvie Fairchild was voted off the most popular television baking show Operation Cake due to an unfortunate mechanical malfunction with her glittery unicorn cake. Now she is to return to the show as a judge. The publicity would not only help her business Sugar Fair but might just get her shortlistedfor HRH Princess Rose's wedding cake.

The only problem is Dominic De Vere, her fellow judge on the show, His Majesty the King’s favorite baker, brilliant, talented, hard-working, an icy grouch who would never let Sylvie live down the unicorn experience.  The bride adores Sylvie’s quirky style. The palace wants Dominic’s classic perfection. In this royal battle, can there be room for two?

“From the zippy dialogue and humorous banter exchanged between the book's perfectly matched protagonists to the delectable descriptions of sweet treats that would not be out of place in Willy Wonka's factory, this deliciously sexy love story whips up everything romance readers crave.” (Booklist) 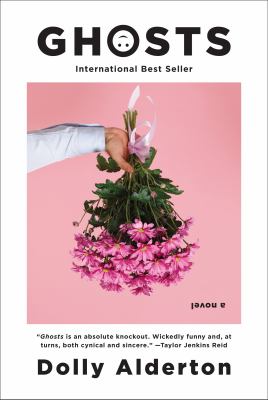 Ghosts (also in downloadable eBook and audiobook) is memoirist (Everything I Know About Love, 2020) Dolly Alderton’s debut novel. From a columnist for The Sunday Times Style and co-host of the weekly pop-culture and current affairs podcast The High Low  comes this “smart, sexy, laugh-out-loud romantic comedy about ex-boyfriends, imperfect parents, friends with kids, and a man who disappears the moment he says "I love you."

32 years-old London food writer and author Nina Dean is in a good place - her second book is about to be published, she loves flat ownership, and she is on good terms with her ex, Joe. But with most of her friends married, having kids, and moving to the suburbs, she tries a dating app.  Seemingly impossible, she meets Max  - handsome, dishy, an accountant with an adventurous spirit, and they have chemistry.

And if Max seems too good to be true, he is, forcing Nina to deal with everything she's been trying so hard to ignore: her father's Alzheimer's, her mother's denial, trouble with her editor; and being ghosted by her childhood best friend. ​​ 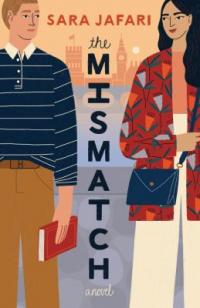 Away at uni from her strict Muslim family, Soraya drinks, wears short skirts and talks to boys, never mind at 21, she has never been kissed.  As she is about to graduate with no job prospect, she knows she will be heading home. At a party, she sees her chance in Magnus Evans - rugby player, a notorious man-about-town, just the person with whom to get her first kiss "over with”. There is no risk of falling in love since Mangus is exactly whom her family would not approve of.

Soraya's shocked to find that Magnus is nothing like she expected, and despite their wildly different backgrounds, they discover they have a lot in common.

“Jafari's authentic portrayal of the complexities of interracial dating is deeply emotional and her characters are refreshingly flawed: Magnus is charming and patient, but initially clueless about navigating cultural difference, while endearing Soraya feels intense emotion but bottles it up. Each scene of this moving love story reveals new depths.” (Publishers Weekly)