“Being Irish, he had an abiding sense of tragedy, which sustained him through temporary periods of joy.” ~ William Butler Yeats 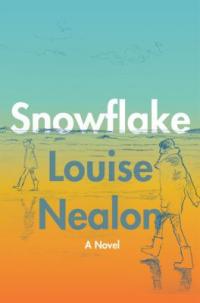 If you are on the waitlist for Sally Rooney’s latest Beautiful World, Where Are You, may I suggest Snowflake * (also in downloadable eBook and audiobook) by debut novelist Louise Nealon (Trinity College Dublin, Queen’s University Belfast)?

Like Connell and Marianne in Normal People, 18 year-old Debbie White just earned herself a place at Trinity College Dublin. Commuting from her family’s dairy farm in rural County Kildare, Dublin, just forty minutes away, might well have been another world. Overwhelmed by the anonymity of big city life and feeling out of place with her fellow students, she considered giving up her spot, if it wasn’t for Uncle Billy’s encouragement

Debbie never knew her father, and besides all the chores on the farm, she does not want to burden Billy with the care of her mother Maeve, a skittish woman who takes to her bed for days on end, and who believes her dreams are prophecies. Almost miraculously, Debbie makes a new friend, Xanthe at college, and begins to thrive in her double life. Then a tragic accident on the farm upends the family’s equilibrium, and Debbie discovers her next steps may no longer be hers to choose.

“Nealon's well-crafted debut loses no charm or sweetness for all the difficult things it juggles, including mental health issues, death, grief, and even suicide. Packed with emotion, terrific dialogue, raw and real characters, and spiritual elements, like Debbie's and Mam's dreams that seem to predict the future, it also never feels overfull. A genuine, wise, and promising debut.” (Bookklist)

“Louise Nealon’s Snowflake is one of the most heartwarming, honest and brilliant coming-of-age novels you will read this year.” (BookPage) 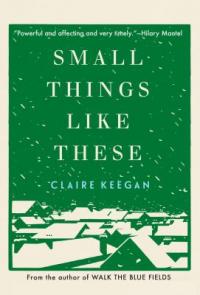 It was the week before Christmas, the busiest season for New Ross coal and lumber merchant Bill Furlong when a morning delivery to the local convent deeply troubles him.  He finds a disheveled girl, barefoot and in rags, locked in the coal shed, begging to be taken away.  For years, there have been rumors about the "training school" at the convent being a front for free labor, using the young unwed mothers in a laundry service.

This encounter forces Bill to confront both his past and the complicit silence of a town controlled by the Church.  Despite pleading from his wife Eileen to "stay on the right side of people," Bill makes a courageous choice on Christmas Eve that would rock the whole community.

"Despite the brevity of the text, Furlong’s emotional state is fully rendered and deeply affecting. Keegan also carefully crafts a web of complicity around the convent’s activities that is believably mundane and all the more chilling for it. The Magdalen laundries, this novel implicitly argues, survived not only due to the cruelty of the people who ran them, but also because of the fear and selfishness of those who were willing to look aside because complicity was easier than resistance...A stunning feat of storytelling and moral clarity.” (Kirkus Reviews)