Our annual gathering of some of the best short story collections, just in time for the shortest day of the year. 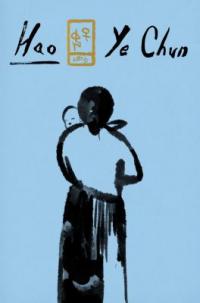 Hao : Stories * *  is the debut collection from three-time Pushcart Prize winner Chun Ye, and longlisted for the 2022 Andrew Carnegie Medal for Excellence in Fiction.  The title, drawn from the most common word in Chinese, an ubiquitous greeting, can be translated as good and is symbolized traditionally by a kneeling woman holding a child.

“That iconic mother-and-child scene reveals multiple layers here. In the titular story "Hao," a mother struggles to stay alive for her four-year-old during the vicious Cultural Revolution. They play their nightly "word game," during which the mother traces characters on her daughter's back, literally inscribing her with precious knowledge. Repeatedly beaten down, she becomes the kneeling woman, wrapped around her child; to live another day to hold her is hao.” (Booklist)

In the remaining 11 stories, the author examines the ways in which Chinese women in both China and the United States in the last three centuries, can be silenced as they grapple with sexism and racism, and how they find their own language to define their experience. In “Gold Mountain,” a young mother hides above a ransacked store during the San Francisco anti-Chinese riot of 1877. In “A Drawer,” an illiterate mother invents a language through drawing. And in “Stars,” a graduate student loses her ability to speak after a stroke, except for a single word - "hao”. 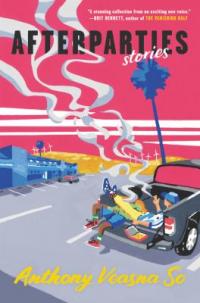 Afterparties : Stories, * * *  a posthumous debut by Anthony Veasna So (1992–2020) is a New York Times Book Review, Editors' Choice - "A deeply personal, frankly funny, illuminating portrait of furtive, meddling aunties, sweaty, bored adolescents and the plaintive search for survival that connects them. Its nine stories sketch a world of hidden histories, of longings past and present, and of a culture carving its way out of historical trauma. It is a testament to the burgeoning talent of So. . . . Electric, alive and transportive, Afterparties is a glimpse of a world rarely seen in literature, and of a talent gone too soon."

Centered around a tightly knit community of Cambodian-American immigrants in California’s Central Valley, grappling  with the complexities of race, sexuality, friendship, and family. “What makes the stories so startling is the characters’ ability to embrace life and all its messy beauty despite the darkness of the past. Characters have weddings, play badminton, fall in love, read Moby-Dick, and sometimes quip, surprisingly nonchalantly, about their national traumas—“there were no ice cubes in the genocide!” yells a father in “Three Women of Chuck’s Donuts.” Some leave home (“the asshole of California,” one of them calls it in “Maly, Maly, Maly”); others want to stay, despite how little their region has to offer. “ (Publishers Weekly) 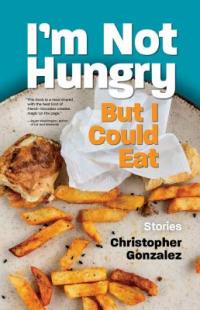 I'm Not Hungry But I Could Eat : Stories by Christopher Gonzalez “crackles with humor and tension in brilliantly crafted stories about food and relationships….Exploring the lives of bisexual and gay Puerto Rican men, these fifteen stories show a vulnerable, intimate world of yearning and desire. The stars of these narratives linger between living their truest selves and remaining in the wings, embarking on a journey of self-discovery to satisfy their hunger for companionship and belonging.” (Publishers Weekly)

“The standout story "Better Than All That" accompanies the narrator on a life-changing night that begins in an Applebee's, winds through bars, and ends in painful reckonings with desire and the past. To his credit, Gonzalez does not shy away from the gross, the strange, or the uncomfortable. A sister dies. A breakup ruins lives. A hookup wants to be punched in the chest. A bedroom stool invites sex-watching while cereal-eating. Food is compellingly centered in the lives of these queer characters to provocative effect.” (Booklist)