Fabulous Fiction Firsts #798 “After you’ve worked in a hotel, there’s nothing about human nature you don’t know.” ~ Jennifer Clement 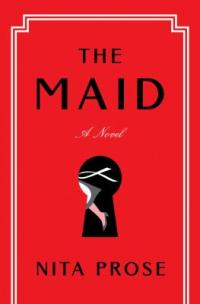 The Maid * by Nita Prose (also in downloadable eBook and audiobook) is a “clever, corking, crackling novel that twists and bends the expectations it sets up as it goes along.” (CrimeReads)

25 year-old Molly Gray is an exemplary maid at the Regency Grand, a boutique hotel in an unspecified city. She delights in donning her crisp uniform each morning, stocking her cart with miniature soaps and bottles, and returning guest rooms to “a state of perfection.” But Molly is different - she struggles with social skills and interprets people literally. With the recent death of her gran, Molly lost the one person who could interpret the world for her, codifying it into simple rules that Molly could live by.

Then Molly finds the body of a hotel guest, Mr. Black, dead in his bed, and Mrs. Black, Giselle who befriended Molly, missing. The police investigation unearths a drug ring operating in the hotel, evidence points to Molly and she quickly becomes the lead suspect in the police investigation.

“Molly is a likable, neurodivergent narrator in this outstanding debut. The character-rich mystery ends with several twists that will appeal to fans of Eleanor Oliphant and other sympathetic heroines.” (Library Journal) 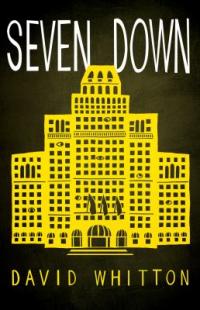 Seven Down by David Whitton (also in downloadable eBook) is at once a puzzle begging to be solved, satire, and literary experiment. The narrative is presented as transcripts of interviews of seven employees of Toronto's King William hotel, between March 7, 2022 and February 3, 2024 - after a failed assassination attempt on a high-profile guest.

Every morning they would check their Twitter account. Once the code word is issued, they would snap into action - handing off a room key card, creating a distraction in the lobby, retrieving a jar of chutney, etc. Though most of them are known to each other, they never suspected each other’s role in Operation Fear and Trembling, until it failed. Now the organization wants to find out who is at fault.

“The transcripts of their interviews are comedic and satirical as each employee shares their perspective of what happened that day. The interviews also interestingly reveal the complexities and desperation that drove each employee to fulfill their mission. Whitton pens a debut that is both comedic and introspective, skewering the attempts of an organization trying to find out what went wrong with the group of people it tried so hard to manipulate.” (Booklist)

For fans of Fredrik Backman’s Anxious People (recently made into a Netflix series) and Matt Haig’s The Midnight Library.

Fans of Rob Hart would definitely want to look out for The Paradox Hotel * (also in downloadable eBook and audiobook) where time travelers check in to rest before their next flights to the past or present. Things start to get really weird when one of the hotel’s wealthy clients is found murdered, and only the hotel’s security manager can see the corpse. And with a blizzard surrounding the hotel and the timestream acting up, everyone’s trapped with a murderer on the loose.