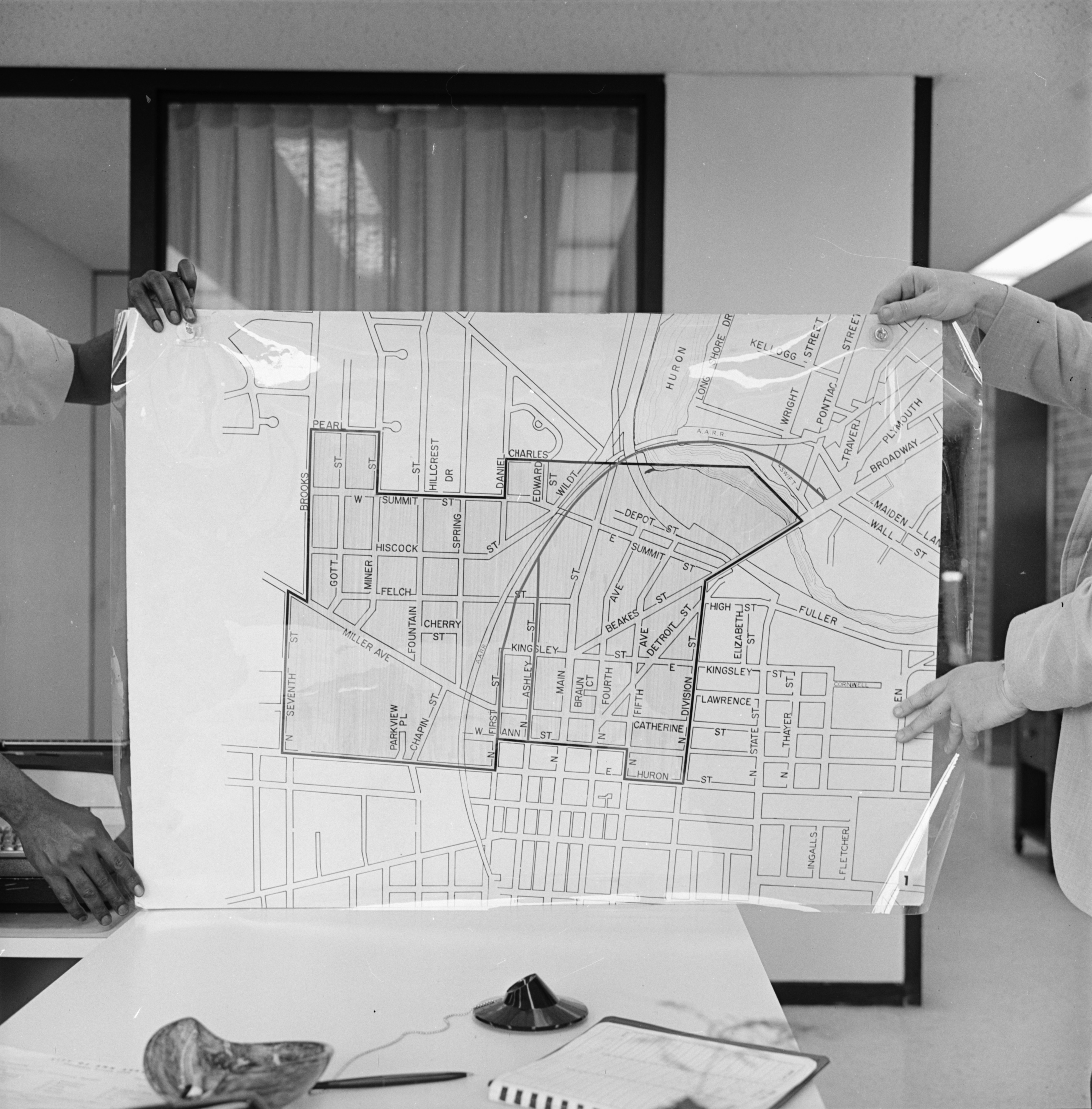 Published In
Ann Arbor News, May 17, 1970
Caption
The Neighborhood: This map shows the Model Cities Neighborhood with an estimated population in the 4,000 to 4,500 range. Millions of dollars could be poured into the area during the next few years to upgrade it physically and to help residents economically through employment projects. The program is expected to last about five years. A controversy now rages over the Packard-to-Beakes bypass route, with Model Cities representatives objecting to the northern end which would turn Kingsley and Beakes into major thoroughfares and divide the Model Neighborhood. An alternative suggested by Model Cities would be to follow the route of the Ann Arbor Railroad tracks to connect with Main St. near Depot.
Year
1970
Month
June
Rights Held By
Donated by the Ann Arbor News. © The Ann Arbor News.
Copyright
Copyright Protected
Related
Map of Model Cities Neighborhood, June 1970
LOH Housing
LOH Housing - Ann Arbor