Wreckage Of A Navy Plane Scattered Across A Field Near Saline, September 1942 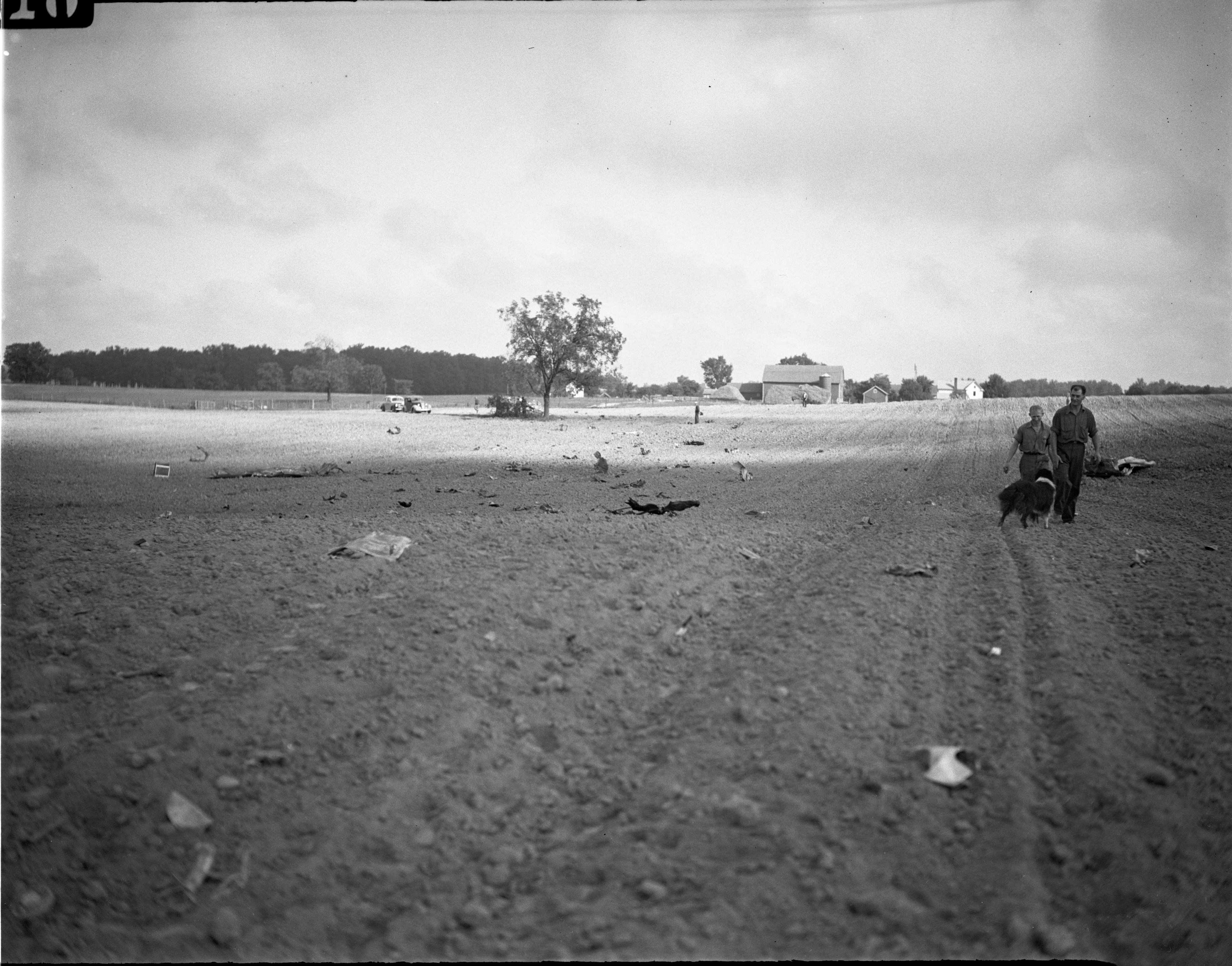 Published In
Ann Arbor News, September 11, 1942
Caption
WRECKAGE OF NAVY PLANE WIDELY SCATTERED: The Navy training plane which crashed twice on a farm near Saline this morning is shown in the background of the picture above, which was taken from the spot where the plane first crashed, making a hole ten yards long and two and a half feet deep. The two occupants of the plane were instantly killed. Parts of the plane, some of which are shown above strewn along the recently plowed field, are also scattered over as extensive an area on the other side of the tree, a top branch of which the plane cut off as it sped to the earth.
Year
1942
Month
September
Rights Held By
Donated by the Ann Arbor News. © The Ann Arbor News.
Copyright
Copyright Protected
Related
Navy Plane Crash At Saline Kills Two
Wreckage Of Navy Plane Widely Scattered