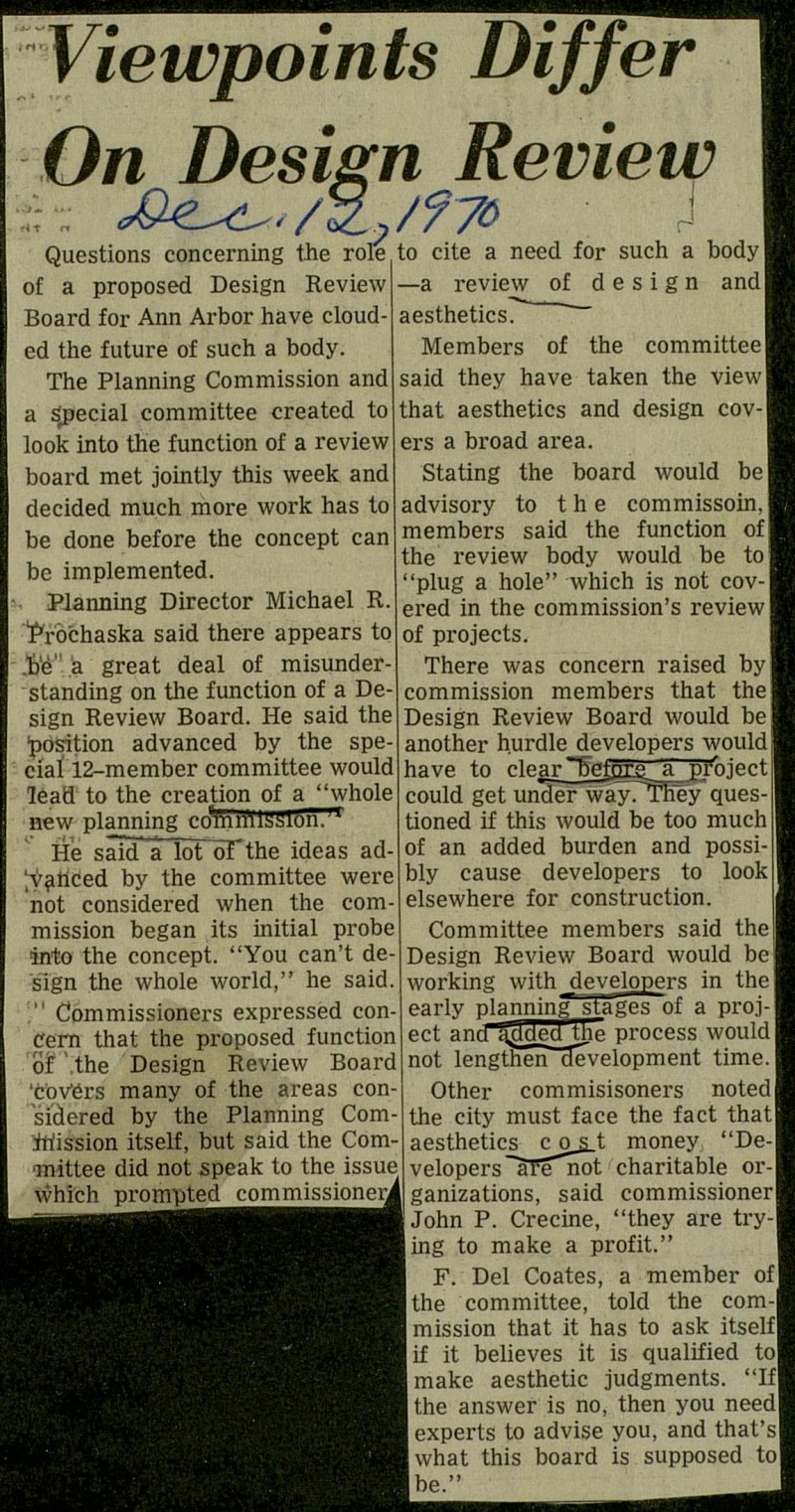 Questions concerning the rofe of a proposed Design Review Board for Ann Arbor have clouded the future of such a body. The Planning Commission and a Special committee created to look into the function of a review board met jointly this week and decided much more work has to be done before the concept can be implemented. Planning Director Michael R. Prochaska said there appears to be a great deal of misunderstanding on the function of a Design Review Board. He said the position advanced by the special 12-member committee would lead to the creation of a "whole new planning commission." He said a lot of the ideas advanced by the committee were not considered when the commission began its initial probe into the concept. "You can't design the whole world," he said "Commissioners expressed concern that the proposed function of the Design Review Board covers many of the areas considered by the Planning Commission itself, but said the Com mittee did not speak to the issu which prompted commissioneq to cite a need for such a body I -a review of design andl aesthetics. Members of the committeel said they have taken the view I that aesthetics and design cov-j ers a broad area. Stating the board would be advisory to the commissoin, members said the function of the review body would be to "plug a hole" which is not covered in the commission's review of projects. There was concern raised by commission members that the Design Review Board would be another hurdle developers would have to clear before a project could get under way. They questioned if this would be too much of an added burden and possibly cause developers to look elsewhere for construction. Committee members said the Design Review Board would be working with developers in the early planning' stages of a project and ajided the process would not lengthenllevelopment time. Other commisisoners noted the city must face the fact that aesthetics cost money "Developers are not charitable ganizations, said commissionerl John P. Crecine, "they are trying to make a profit." F. Del Coates, a member of the committee, told the commission that it has to ask itself if it believes it is qualified to make aesthetic judgments. "If the answer is no, then you need experts to advise you, and that's what this board is supposed to be."