Board On Design Is Still Alive 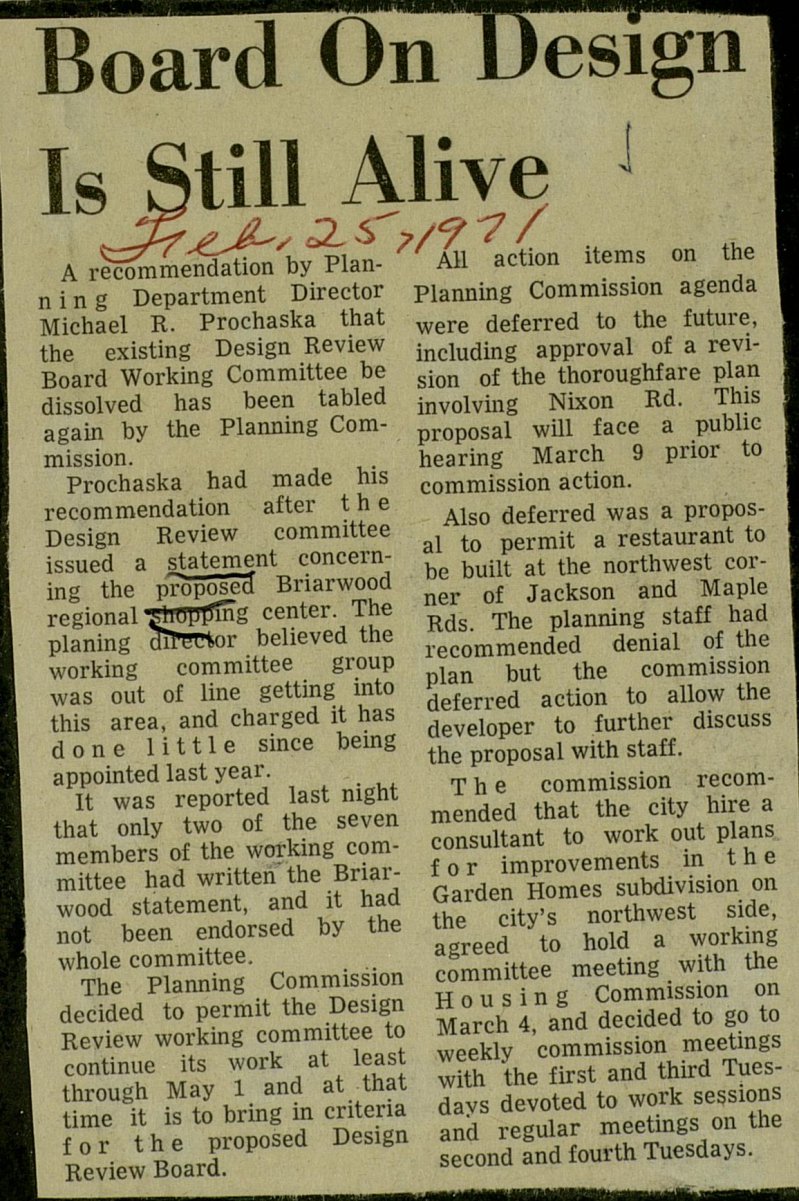 A recraimendation by Plann i n g Department Director Michael R. Prochaska that the existing Design Review Board Working Committee be dissolved has been tabled again by the Planning Commission. Prochaska had made his recommendation aíter the Design Review committee issued a statement concerning the pröposed Briarwood regional TWppiñg center. The planing dïrmor believed the working committee group was out of line getting into this área, and charged it has done little since being appointed last year. It was reported last mgnt that only two of the seven members of the working committee had written the Briarwood statement, and it had not been endorsed by the whole committee. The Planning Commission decided to permit the Design Review working committee to continue its work at least through May 1 and at that time it is to bring in criteria for the pröposed Design Review Board. AU action items on the I Planning Commission agenda I were deferred to the future, including approval of a sion of the thoroughfare plan involving Nixon Rd. This proposal will face a public hearing March 9 prior to commission action. Also deferred was a proposal to permit a restaurant to be built at the northwest corner of Jackson and Maple Rds. The planning staff had recommended denial of the plan but the commission deferred action to allow the developer to further discuss the proposal with staff. The commission recommended that the city hire a consultant to work out plans for improvements in the Garden Homes subdivisión on the city's northwest side, agreed to hold a working committee meeting with the H o u s i n g Commission on March 4, and decided to go to weekly commission meetings with the first and third Tuesdays devoted to work sessions and regular meetings on the second and fourth Tuesdays.