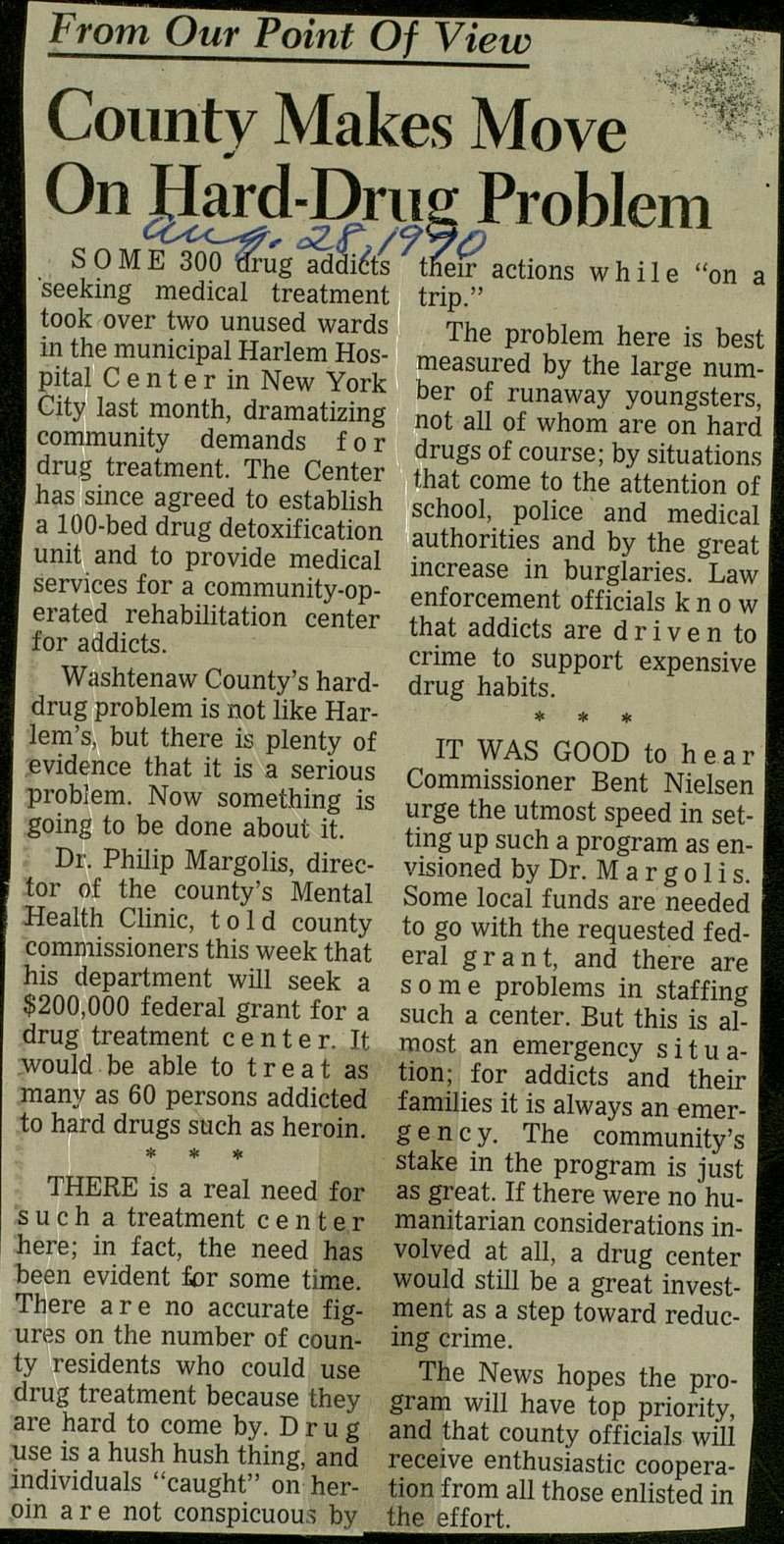 SOME 3Op3Hg1íáSits seeking medical treatment took over two unused wards in the municipal Harlem Hospital C e n t e r in New York City last month, dramatizing community demands f o r drug treatment. The Center has since agreed to establish a 100-bed drug detoxification unit and to provide medical services for a community-operated rehabilitation center for addicts. Washtenaw County's harddrug problem is ü.pt like Harlem's, but there is plenty of evidence that it is a serious problem. Now something is going to be done abouí it. Dr. Philip Margolis, director of the county's Mental Health Clinic, told county commissioners this week that his department will seek a $200,000 federal grant for a drug treatment center. It would be able to treat as many as 60 persons addicted to hard drugs such as heroin. THERE is a real need for such a treatment center here; in fact, the need has been evident for some time. There are no accurate figures on the number of county residents who could use drug treatment because they are hard to come by. D r u g use is a hush hush thing, and individuals "caught" on heroin are not conspicuous by tñeir actions while "on a trip." The problem here is best measured by the large number of runaway youngsters, not all of whom are on hard drugs of course; by situations that come to the attention of school, pólice and medical I authorities and by the great increase in burglaries. Law enforcement officials know that addicts are d r i v e n to crime to support expensive drug habits. ! IT WAS GOOD to h e a r Commissioner Bent Nielsen urge the utmost speed in setting up such a program as envisioned by Dr. M a r g o 1 i s. Some local funds are needed to go with the requested federal grant, and there are some problems in staffing such a center. But this is alrnost an emergency situation; for addicts and their families it is always an emergency. The community's stake in the program is just as great. If there were no humanitarian considerations involved at all, a drug center would still be a great investment as a step toward reducing crime. The News hopes the program will have top priority, and that county officials will receive enthusiastic cooperation f rom all those enlisted in i the effort. J