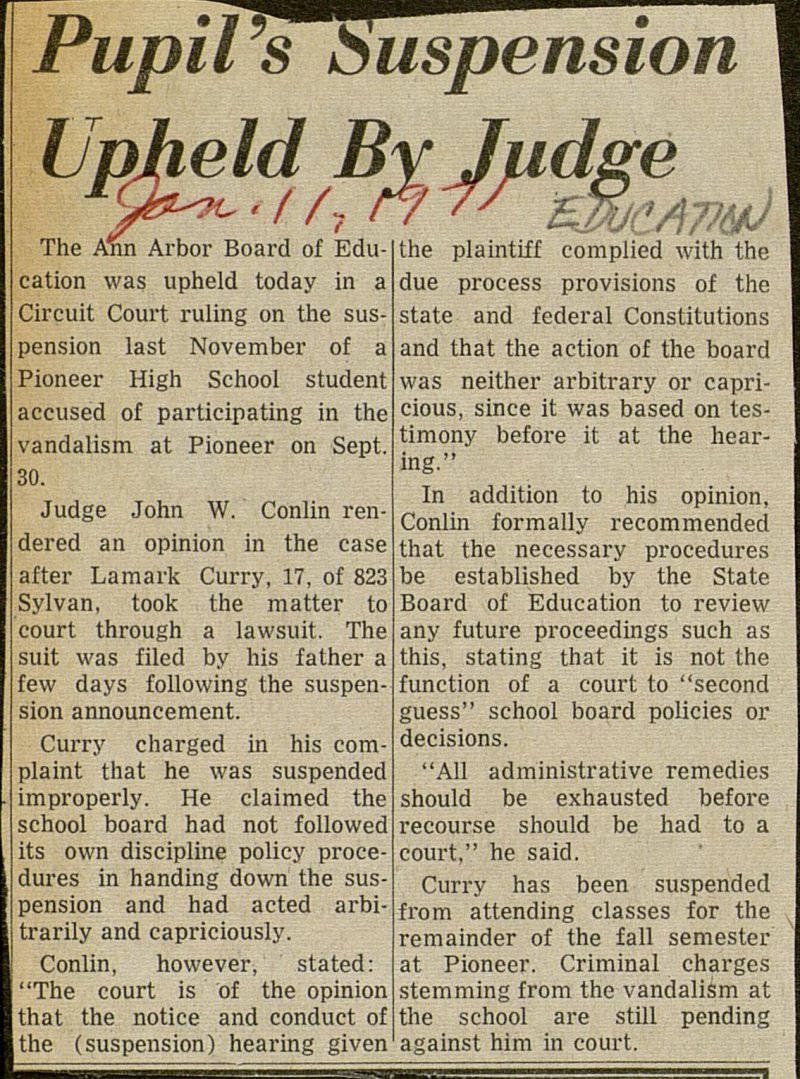 The Ann Arbor Board of Education was upheld today in a Circuit Court ruling on the suspension last November of a Pioneer High School student accused of participating in the vandalism at Pioneer on Sept. 30. Judge John W. Conlin rendered an opinión in the case after Lamark Curry, 17, of 823 Sylvan, took the matter to court through a lawsuit. The suit was filed by his father a few days following the suspension announcement. Curry charged in his complaint that he was suspended improperly. He claimed the school board had not followed its own discipline policy procedures in handing down the suspension and had acted arbitrarily and capriciously. Conlin, however, stated: "The court is of the opinión that the notice and conduct of the (suspension) hearing given the plaintiff complied with the due process provisions of the state and federal Constitutions and that the action of the board was neither arbitrary or caprieious, since it was based on testimony before it at the hearing." In addition to his opinión, Conlin formally recommended that the necessary procedures be established by the State Board of Education to review any future proceedings such as this, stating that it is not the function of a court to "second guess" school board policies or decisions. "All administrative remedies should be exhausted before recourse should be had to a court," he said. Curry has been suspended from attending classes for the remainder of the fall semester at Pioneer. Criminal charges stemming from the vandalism at the school are still pending against him in court.