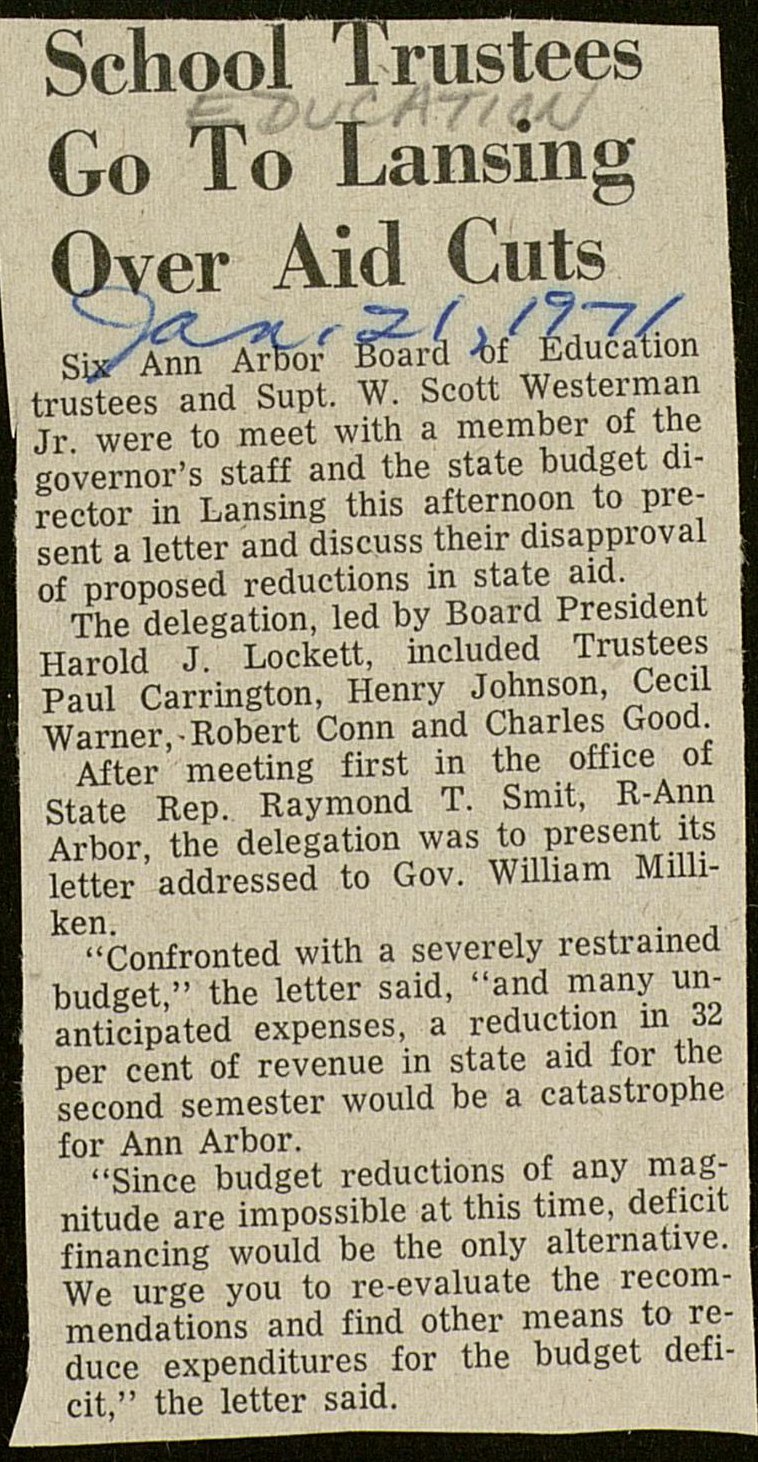 SnVAÍW írá tf Educaron trustees and Supt. W. Scott Westerman Jr were to meet with a member of the governor's staff and the state budget director in Lansing this afternoon to present a letter and discuss their disapproval of proposed reductions in state aid. The delegation, led by Board President Harold J. Lockett, included Trustees Paul Carrington, Henry Johnson, Cecil Warner Robert Conn and Charles Good After meeting flrst in the office of State Rep. Raymond T. Smit, R-Ann Arbor, the delegation was to present its letter addressed to Gov. William Millie"confronted with a severely restrained budget," the letter said, "and many un1 anticipated expenses, a reduction in 32 I per cent of revenue in state aid for the I second semester would be a catastrophe for Ann Arbor. "Since budget reductions of any magnitude are impossible at this time, deficit I financing would be the only alternative. ' We urge you to re-evaluate the recommendations and find other means to reduce expenditures for the budget defi' cit," the letter said.