Changes In Clague School To Save District $10,000 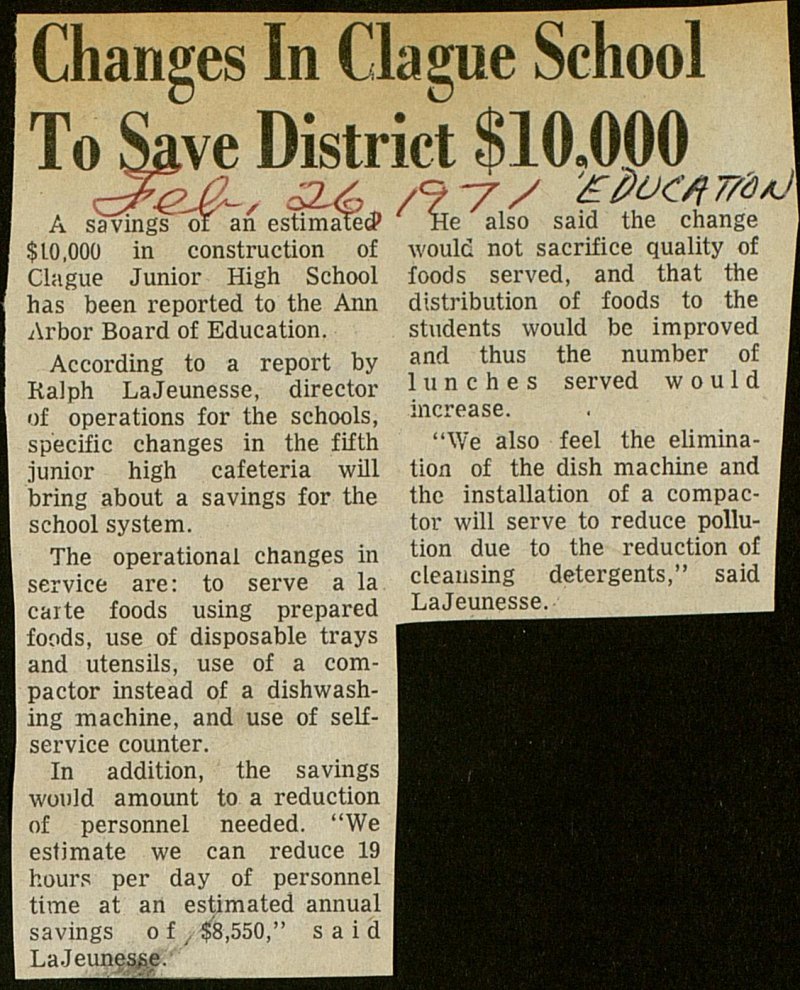 A savings of an estimatei? $10,000 in construction of Clague Junior High School has been reported to the Ann Arbor Board of Education. According to a report by Ralph LaJeunesse, director of operations for the schools, specific changes in the fifth junior high cafetería will bring about a savings for the school system. The operational changes in service are: to serve a la carte foods using prepared foods, use of disposable trays and utensils, use of a compactor instead of a dishwashing machine, and use of self service counter. In addition, the savings would amount to a reduction of personnel needed. "We estímate we can reduce 19 hours per day of personnel time at an estimated annual savings o f $8,550," s a i d LaJeunesse. He also said the change woultí not sacrifice quality of foods served, and that the distribution of foods to the students would be improved and thus the number of lunches served would increase. "We also feel the elimination of the dish machine and the installation of a compactor will serve to reduce pollution due to the reduction of cleausing detergents," said LaJeunesse.