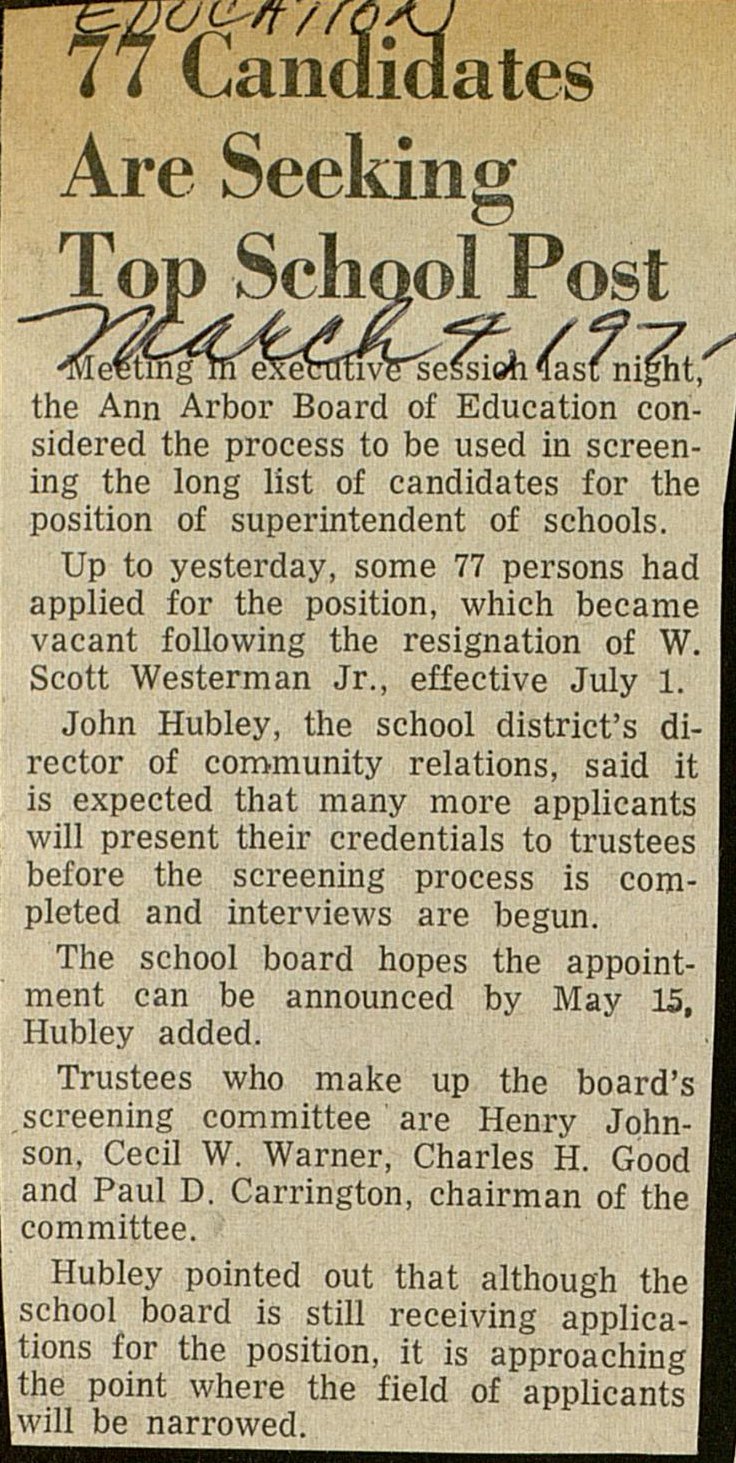 "Meuñgmi exéwfívirsessioh íasf night' the Ann Arbor Board of Education considered the process to be used in screening the long list of candidates for the position of superintendent of schools. Up to yesterday, some 77 persons had applied for the position, which became vacant following the resignation of W. Scott Westerman Jr., effective July 1. John Hubley, the school district's director of coromunity relations, said it is expected that many more applicants wil] present their credentials to trustees before the screening process is completed and interviews are begun. The school board hopes the appointment can be announced by May 15, Hubley added. I Trustees who make up the board's screening committee are Henry Johnson, Cecil W. Warner, Charles H. Good I and Paul D. Carrington, chairman of the I committee. I Hubley pointed out that although the I school board is still receiving 1 tions for the position, it is approaching I the point where the field of applicants I ivill be narrowed. I