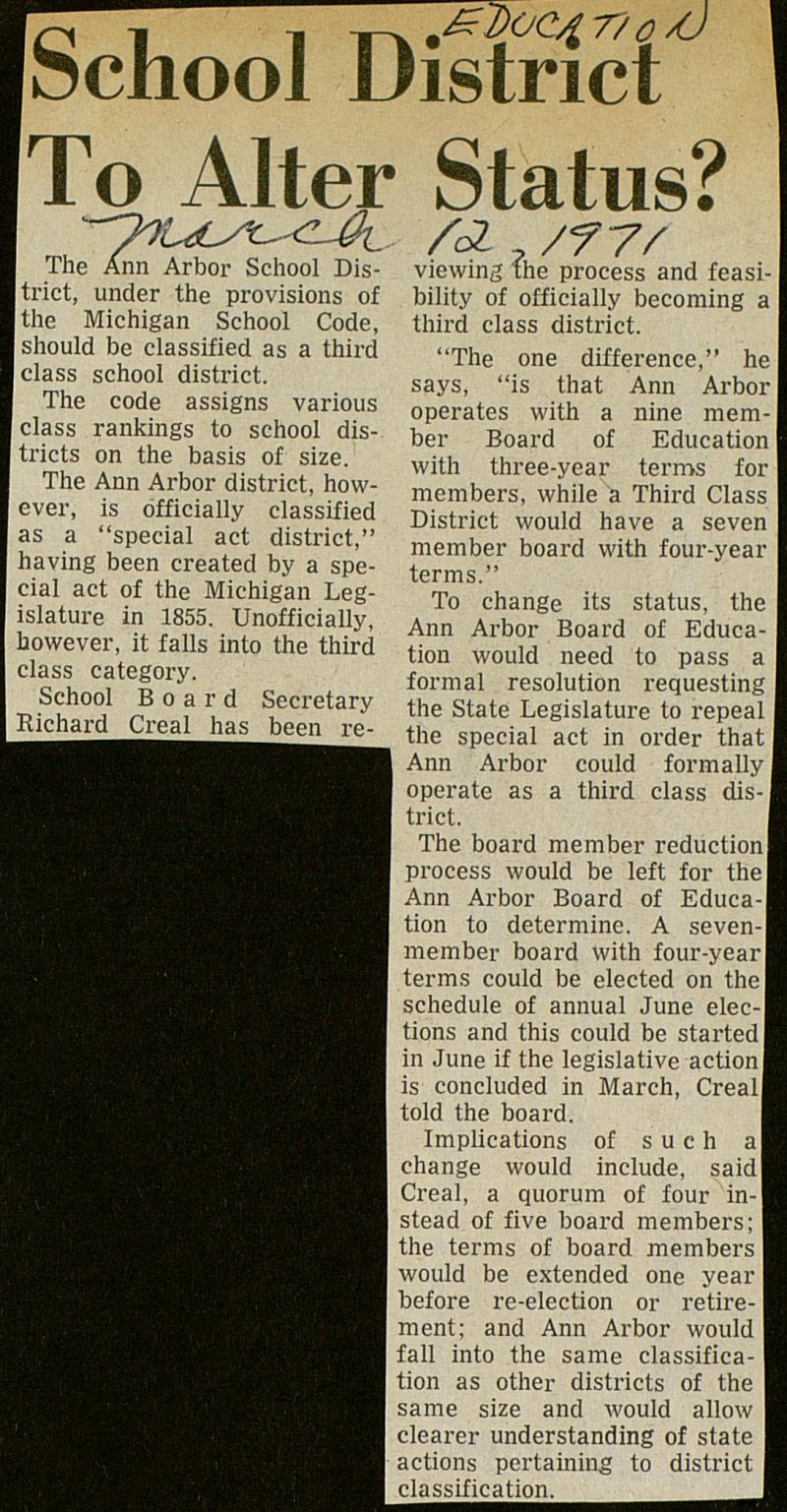 The Arm Arbor School District, under the provisions of the Michigan School Code, should be classified as a third class school district. The code assigns various class rankings to school districts on the basis of size. The Ann Arbor district, however, is öfficially classified as a "special act district," having been created by a special act of the Michigan Legislature in 1855. Unofficially, Lowever, it falls into the third class category. School Board Secretary Richard Creal has been f í-"" -y f ff viewing the process and feasibility of officially becoming a third class district. "The one difference," he says, "is that Ann Arbor operates with a nine member Board of Education with three-year terms for members, while a Third Class District would have a seven member board with four-year terms." To change its status, the Ann Arbor Board of Education would need to pass a formal resolution requesting the State Legislature to repeal the special act in order that Ann Arbor could formally opérate as a third class district. The board member reductionl process would be left for the I Ann Arbor Board of Educa-I tion to determine. A seven-l member board with four-year I terms could be elected on thel schedule of animal June elec-l tions and this could be startedl in June if the legislative actionl is concluded in March, Creall told the board. Implications of such al change would include, saidl Creal, a quorum of four in-l stead of five board members; I the terms of board members I would be extended one year I before re-election or 1 ment; and Ann Arbor would I fall into the same 1 tion as other districts of the I same size and would allow I clearer understanding of state I actions pertaining to district I classification.