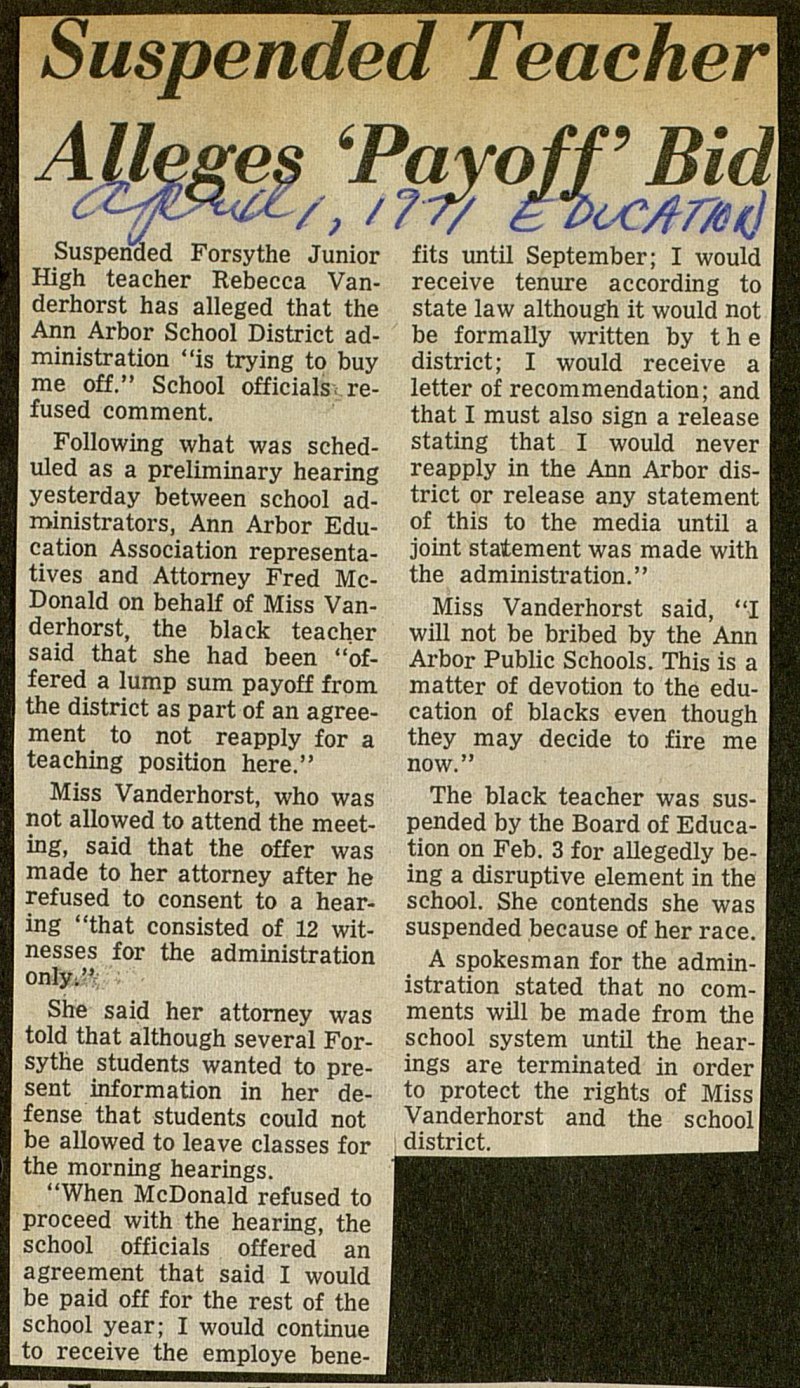 Suspended Forsythe Junior High teacher Rebecca Vanderhorst has alleged that the Ann Arbor School District administration "is trying to buy me off." School officials, refused comment. Following what was scheduled as a preliminary hearing yesterday between school adroinistrators, Ann Arbor Education Association representatives and Attorney Fred McDonald on behalf of Miss Vanderhorst, the black teacher said that she had been "offered a lump sum payoff from. the district as part of an agreement to not reapply for a teaching position here." Miss Vanderhorst, who was not allowed to attend the meeting, said that the offer was made to her attorney after he refused to consent to a hearing "that consisted of 12 witnesses for the administration only." She said her attorney was told that although several Forsythe students wanted to present information in her defense that students could not be allowed to leave classes for the morning hearings. "When McDonald refused to proceed with the hearing, the school officials offered an agreement that said I would be paid off for the rest of the school year; I would continue to receive the employé fits until September; I would receive tenure according to state law although it would not be formally written by t h e district; I would receive a letter of recommendation; and that I must also sign a release stating that I would never reapply in the Ann Arbor district or release any statement of this to the media until a joint statement was made with the administra tion." Miss Vanderhorst said, "I will not be bribed by the Ann Arbor Public Schools. This is a matter of devotion to the education of blacks even though they may decide to fire me now." The black teacher was suspended by the Board of Education on Feb. 3 for allegedly being a disruptive element in the I school. She contends she was suspended because of her race. A spokesman for the administration stated that no comments will be made from the school system until the hearings are terminated in order I to protect the rights of Missl Vanderhorst and the school I district. I