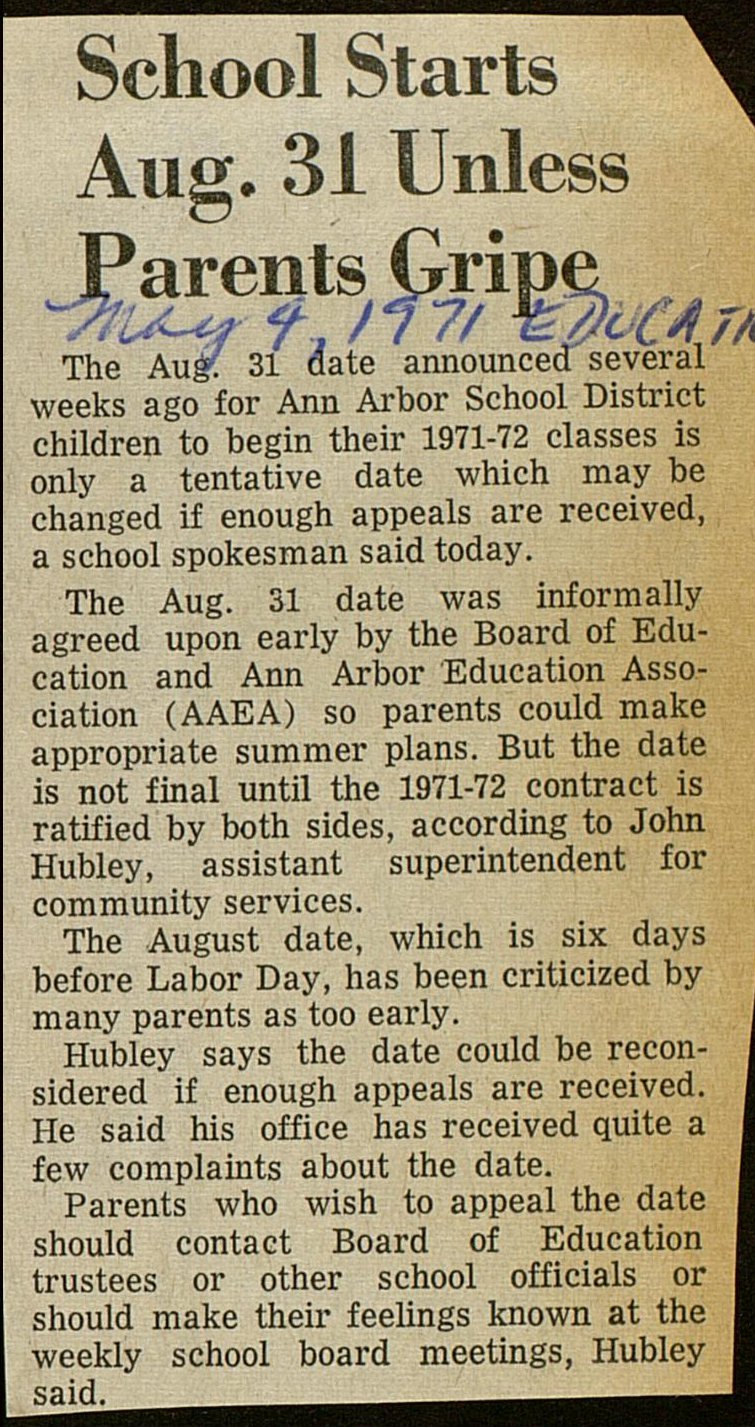 The Aug. 31 date announced several weeks ago for Ann Arbor School District children to begin their 1971-72 classes is only a tentative date which may be changed if enough appeals are received, a school spokesman said today. The Aug. 31 date was informally agreed upon early by the Board of Education and Ann Arbor Education Association (AAEA) so parents could make appropriate summer plans. But the date is not final until the 1971-72 contract is ratified by both sides, according to John Hubley, assistant superintendent for community services. The August date, which is six days before Labor Day, has been criticized by many parents as too early. Hubley says the date could be reconsidered if enough appeals are received. He said nis office has received quite a few complaints about the date. Parents who wish to appeal the date should contact Board of Education trustees or other school officials or should make their feelings known at the weekly school board meetings, Hubley said. 1