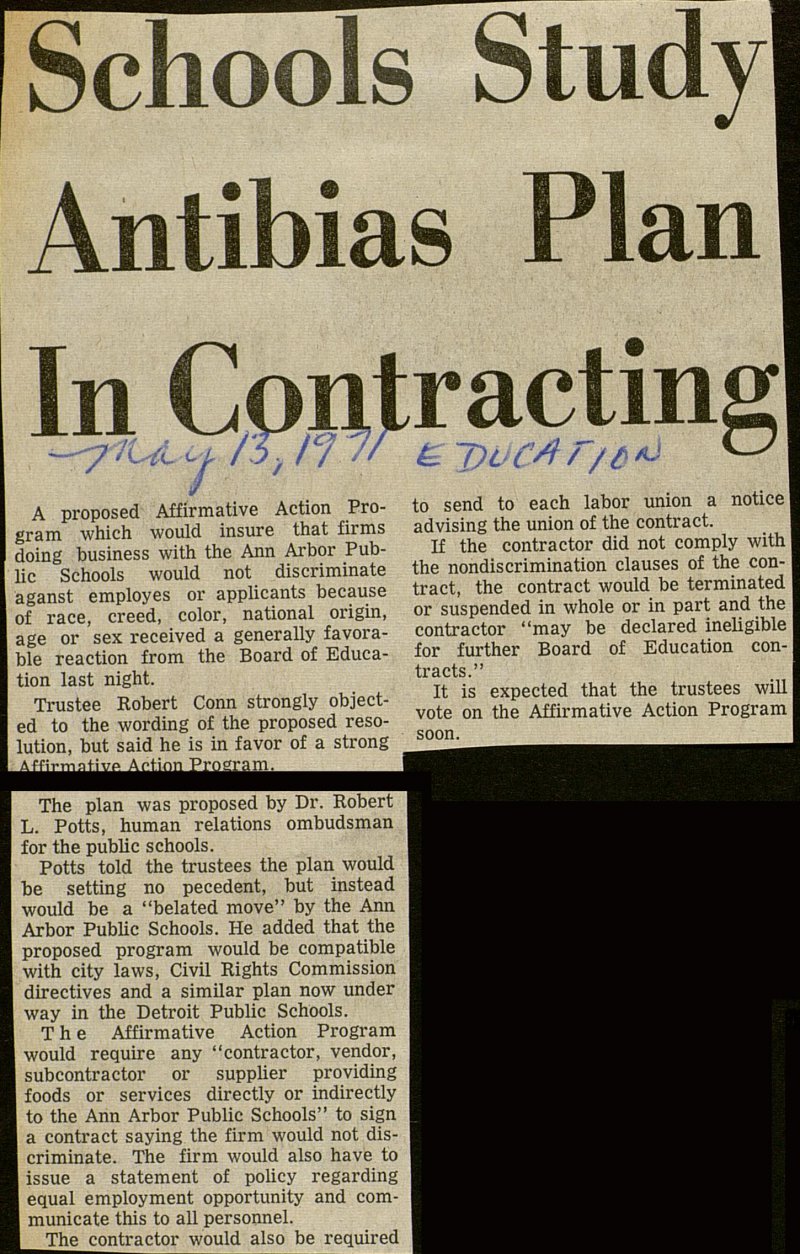 1 A proposed Affirmative Action Program which would insure that firms doing business with the Ann Arbor Public Schools would not discriminate aganst employés or applicants because of race, creed, color, national origin, age or sex received a generally favorable reaction from the Board of Education last night. Trustee Robert Conn strongly objected to the wording of the proposed resolution, but said he is in favor of a strong Affirmativp Artion Proeram. The plan was proposed by Dr. Robert L. Potts, human relations ombudsman for the public schools. Potts told the trustees the plan would be setting no pecedent, but instead would be a "belated move" by the Ann Arbor Public Schools. He added that the proposed program would be compatible with city laws, Civil Rights Commission directives and a similar plan now under way in the Detroit Public Schools. The Affirmative Action Program would require any "contractor, vendor, subcontractor or supplier providing foods or services directly or indirectly to the Ann Arbor Public Schools" to sign I a contract saying the firm would not discrimínate. The firm would also have to issue a statement of policy regarding equal employment opportunity and communicate this to all personnel. Thp rnntrartnv wniilri also he renuired to send to each labor unión a notice advising the union of the contract. If the contractor did not comply with the nondiscrimination clauses of the contract, the contract would be terminated or suspended in whole or in part and the contractor "may be declared ineligible for further Board of Education contracts." It is expected that the trustees will vote on the Affirmative Action Program soon.