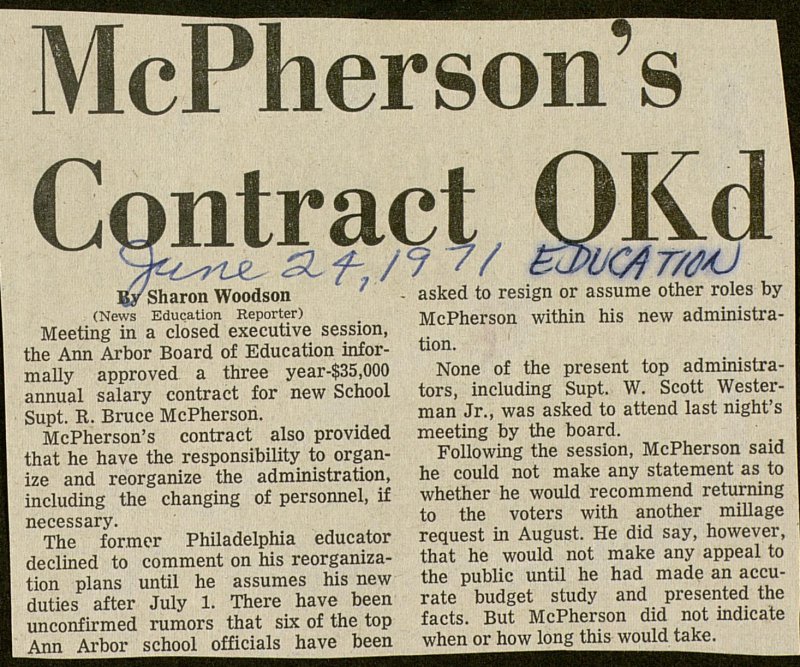 Meeting in a closed executive session, the Ann Arbor Board of Education informally approved a three year-$35,000 annual salary contract for new School Supt. R. Bruce McPherson. McPherson's contract also provided that he have the responsibility to organize and reorganize the administration, including the changing of personnel, if necessary. The former Philadelphia educator declined to comment on his reorganization plans until he assumes his new duties after July 1. There have been unconfirmed rumors that six of the top Ann Arbor school officials have been asked to resign or assume other roles by McPherson within his new administration. None of the present top administrators, including Supt. W. Scott Westerman Jr., was asked to attend last night's meeting by the board. Following the session, McPherson said he could not make any statement as to whether he would recommend returning to the voters with another millage request in August. He did say, however, that he would not make any appeal to the public until he had made an accurate budget study and presented the facts. But McPherson did not indicate when or how long this would take.