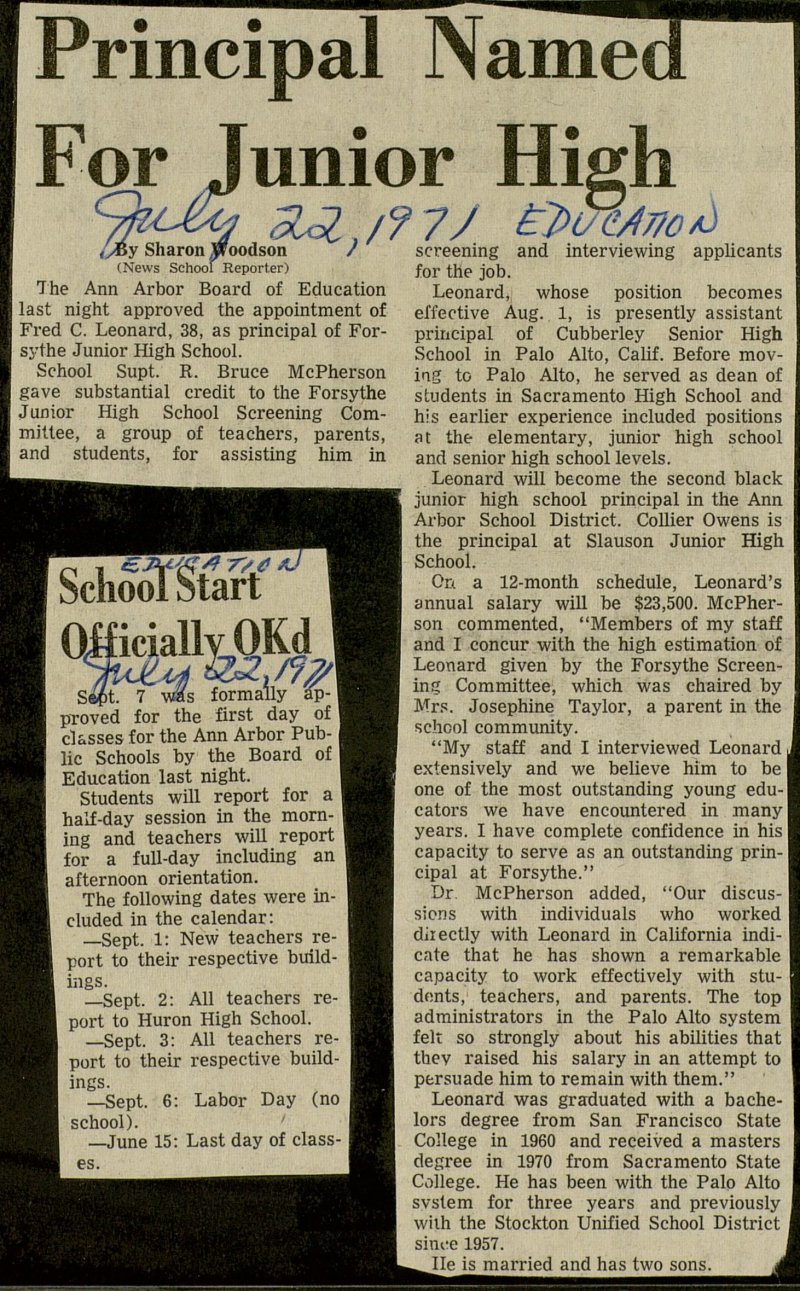 The Ann Arbor Board of Education last night approved the appointment of Fred C. Leonard, 38, as principal of Forsythe Junior High School. School Supt. R. Bruce McPherson gave substantial credit to the Forsythe Junior High School Screening Committee, a group of teachers, parents, and students, for assisting him in screening and interviewing applicants for the job. Leonard, whose position becomes effective Aug. 1, is presently assistant principal of Cubberley Senior High School in Palo Alto, Calif. Before moving to Palo Alto, he served as dean of students in Sacramento High School and his earlier experience included positions at the elementary, junior high school and senior high school levels. Leonard will become the second black junior high school principal in the Ann Arbor School District. Collier Owens is the principal at Slauson Junior High School. On a 12-month schedule, Leonard's annual salary will be $23,500. McPherson commented, "Members of my staff and I concur with the high estimation of Leonard given by the Forsythe Screening Committee, which was chaired by Mrs. Josephine Taylor, a parent in the school community. "My staff and I interviewed Leonard, extensively and we believe him to be one of the most outstanding young educators we have encountered in many years. I have complete confidence in his capacity to serve as an outstanding principal at Forsythe." Dr McPherson added, "Our discussions with individuals who worked directly with Leonard in California indicate that he has shown a remarkable capacity to work effectively with students, teachers, and parents. The top administrators in the Palo Alto system felt so strongly about his abilities that they raised his salary in an attempt to persuade him to remain with them." Leonard was graduated with a bachelors degree from San Francisco State College in 1960 and received a masters degree in 1970 from Sacramento State College. He has been with the Palo Alto system for three years and previously with the Stockton Unified School District since 1957. He is married and has two sons.