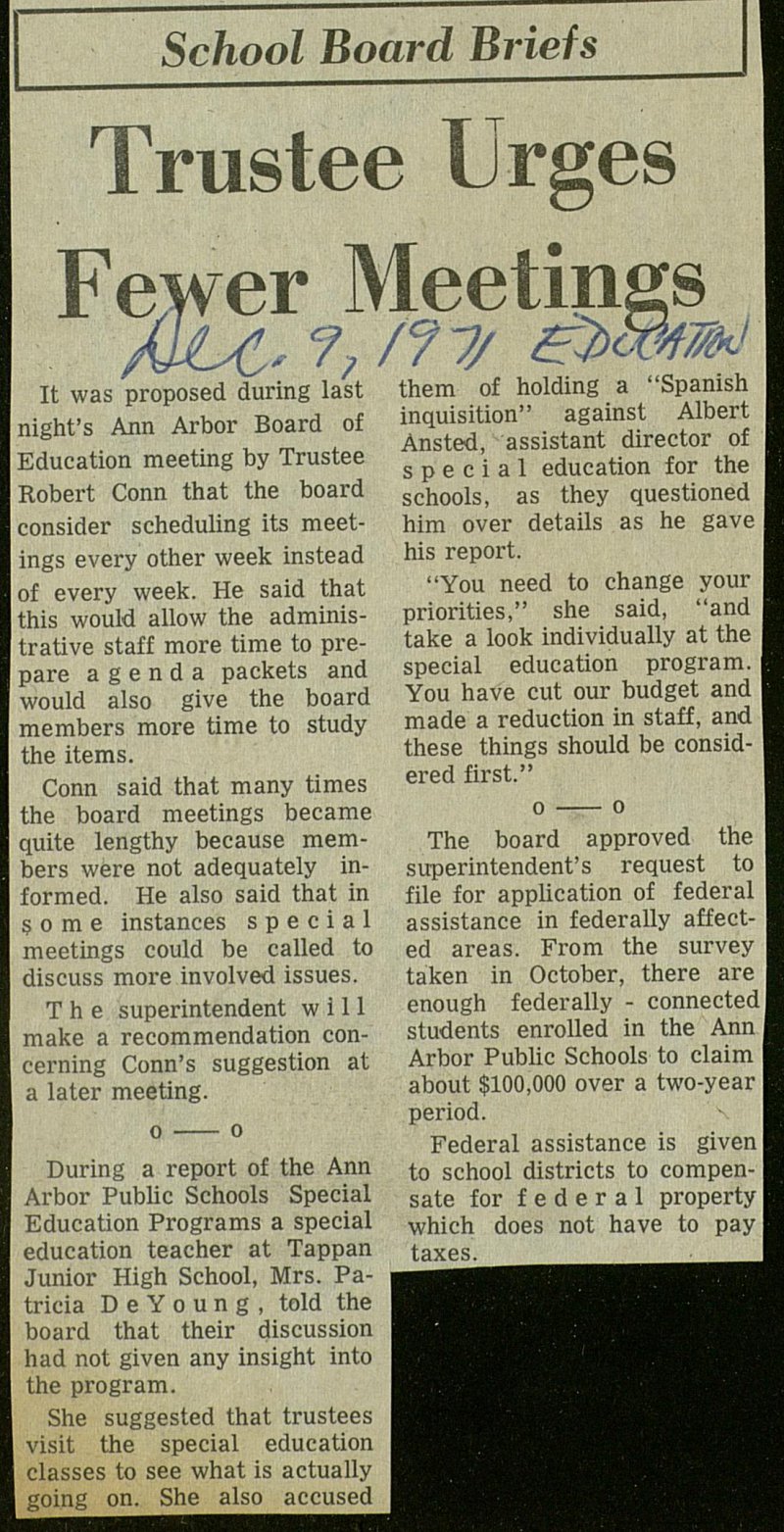 It was proposed during last night's Ann Arbor Board of Education meeting by Trustee Robert Conn that the board consider scheduling its meetings every other week instead of every week. He said that this would allow the administrative staff more time to prepare agenda packets and would also give the board members more time to study the items. Conn said that many times the board meetings became quite lengthy because members were not adequately informed. He also said that in o m e instances special meetings could be called to discuss more involved issues. The superintendent w i 1 1 make a recommendation concerning Conn's suggestion at a later meeting. o o During a report of the Ann Arbor Public Schools Special Education Programs a special education teacher at Tappan Junior High School, Mrs. i tricia D e Y o u n g , told the board that their discussion had not given any insight into the program. She suggested that trustees visit the special education classes to see what is actually going on. She also accused them of holding a "Spanish inquisition" against Albert Ansted, assistant director of special education for the schools, as they questioned I him over details as he gave I his report. "You need to change your I priorities," she said, "and I take a look individually at the I special education program. I You have cut our budget and I made a reduction in staff, and I these things should be I ered first." o o The board approved the superintendente request to file for application of federal assistance in federally affected areas. From the survey taken in October, there are enough federally - connectedl students enrolled in the Ann I Arbor Pubh'c Schools to claim I about $100,000 over a two-year I period. i Federal assistance is givenj to school districts to 1 saté for federal property I which does not have to payl taxes. I