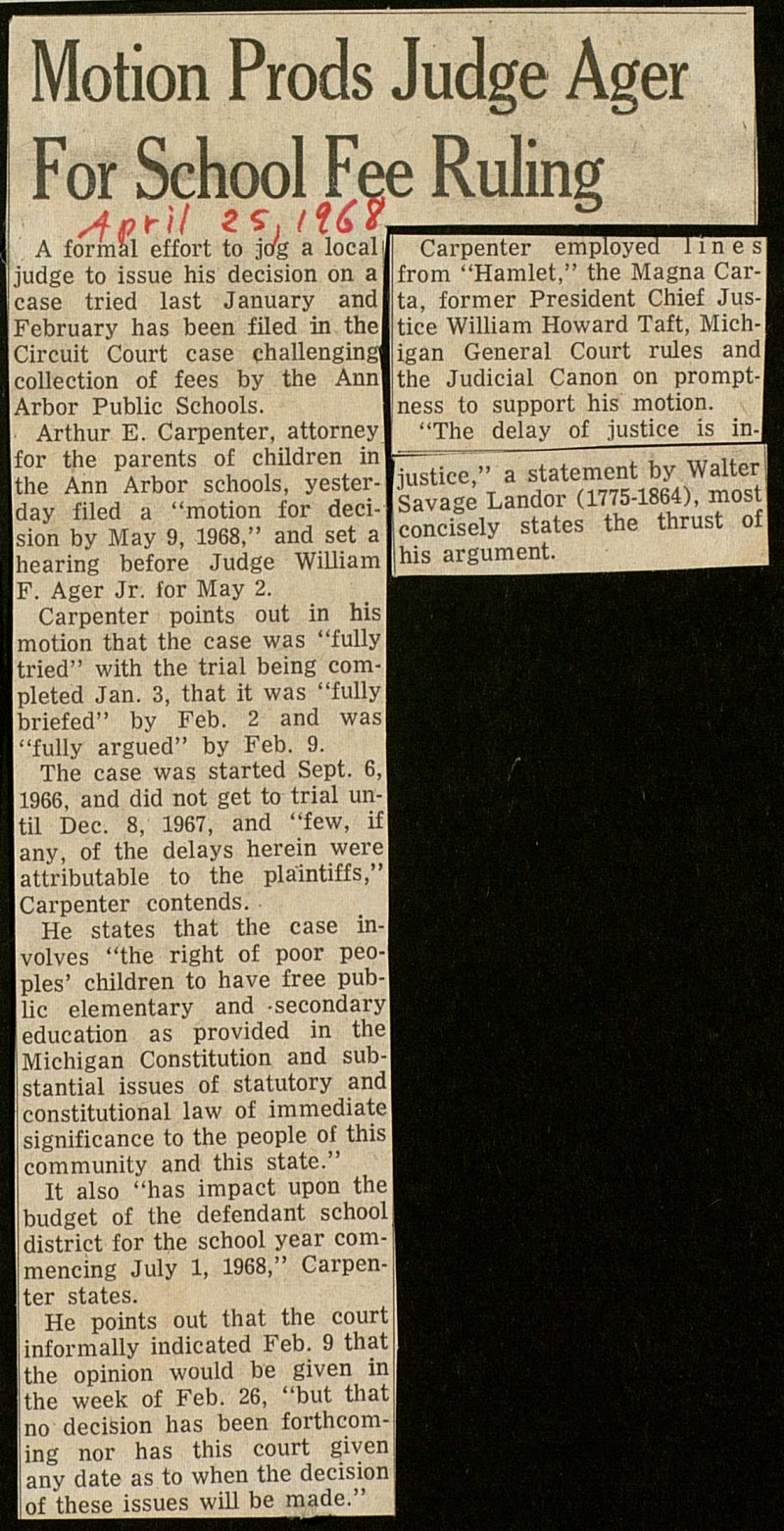 A formal effort to jag a local judge to issue his decisión on a case tried last January and February has been filed in the Circuit Court case phallenging collection of fees by the Ann Arbor Public Schools. Arthur E. Carpenter, attorney for the parents of children in the Ann Arbor schools, yesterday filed a "motion for decisión by May 9, 1968," and set a hearing before Judge William F. Ager Jr. for May 2. Carpenter points out in his motion that the case was "fully tried" with the trial being completed Jan. 3, that it was "fully briefed" by Feb. 2 and was "fully argued" by Feb. 9. The case was started Sept. 6,1 1966, and did not get to trial un-l til Dec. 8, 1967, and "few, ifl any, of the delays herein werel attributable to the plaintiffs,"l Carpenter contends. He states that the case in-l volves "the right of poor peo-l pies' children to have free pub-l lic elementary and secondary education as provided in the Michigan Constitution and substantial issues of statutory and constitutional law of immediate significance to the people of this community and this state." It also "has impact upon the budget of the defendant school district for the school year commencing July 1, 1968," Carpenter states. He points out that the court informally indicated Feb. 9 that the opinión would be given in the week of Feb. 26, "but that no decisión has been forthcom- ing nor has this court given any date as to when the decisión of these issues will be made." Carpenter employed 1 in e si from "Hamlet," the Magna Carta, former President Chief Justice William Howard Taft, Michigan General Court rules andl the Judicial Canon on prompt-l ness to support his motion. "The delay of justice is in- iustice," a statement by W alter Savage Landor (1775-1864), most concisely states the thrust of his argument.