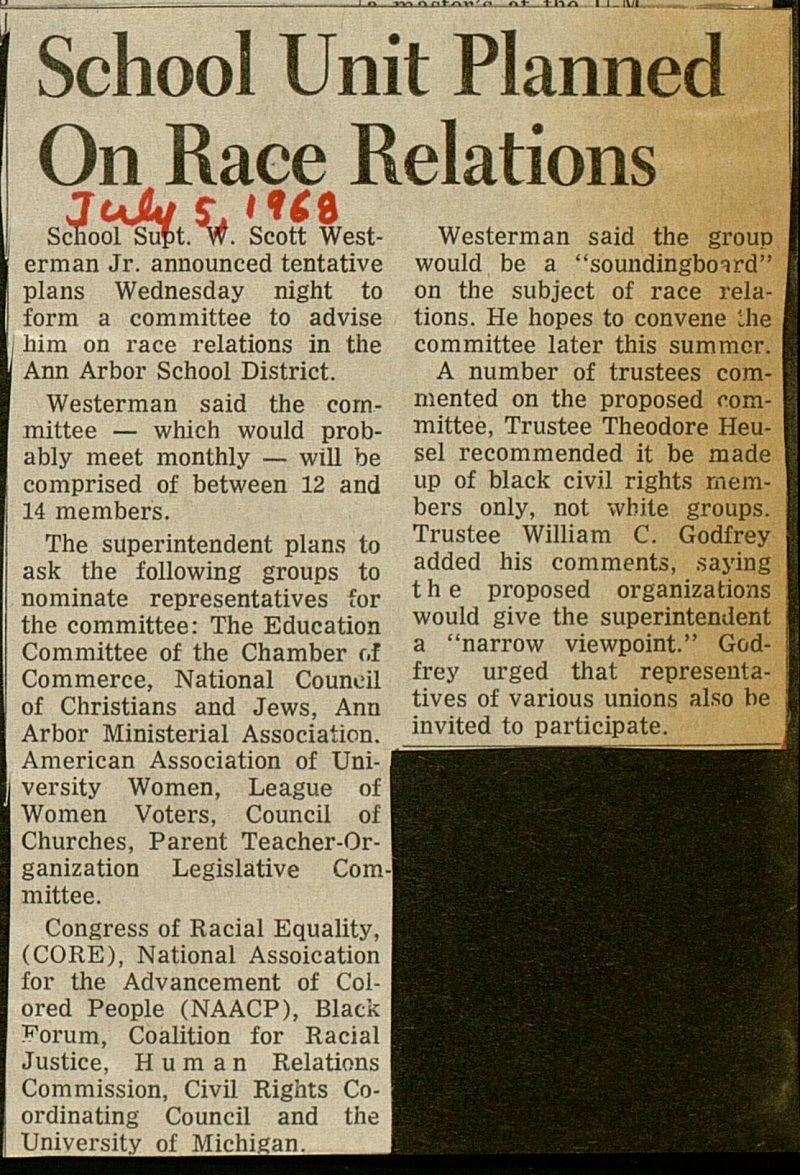 School Supt. W. Scott Westerman Jr. announced tentative plans Wednesday night to form a committee to advise him on race relations in the Ann Arbor School District. Westerman said the committee - which would probably meet monthly - will be comprised of between 12 and 14 members. The superintendent plans to ask the following groups to nomínate representatives for the committee: The Education Committee of the Chamber (.1 Commerce, National Couneil of Christians and Jews, Ann Arbor Ministerial Association. American Association of 1 versity Women, League of I Women Voters, Council of I Churches, Parent I ganization Legislative Committee. Congress of Racial Equality, (CORE), National Assoication for the Advancement of I ored People (NAACP), Black Forum, Coalition for Racial I Justice, Human Relations I Commission, Civil Rights I ordinating Council and the I University of Michigan. I Westerman said the group would be a "soundingbcnrd" on the subject of race relations. He hopes to convene üie I committee later this summcr. A number of trustees commented on the proposed committee, Trustee Theodore sel recommended it be made up of black civil rights members only, not white groups. Trustee William C. Godfrey added his comments, saying the proposed organizations would give the superintendent a "narrow viewpoint." Godfrey urged that representatives of various unions also be invited to particípate.