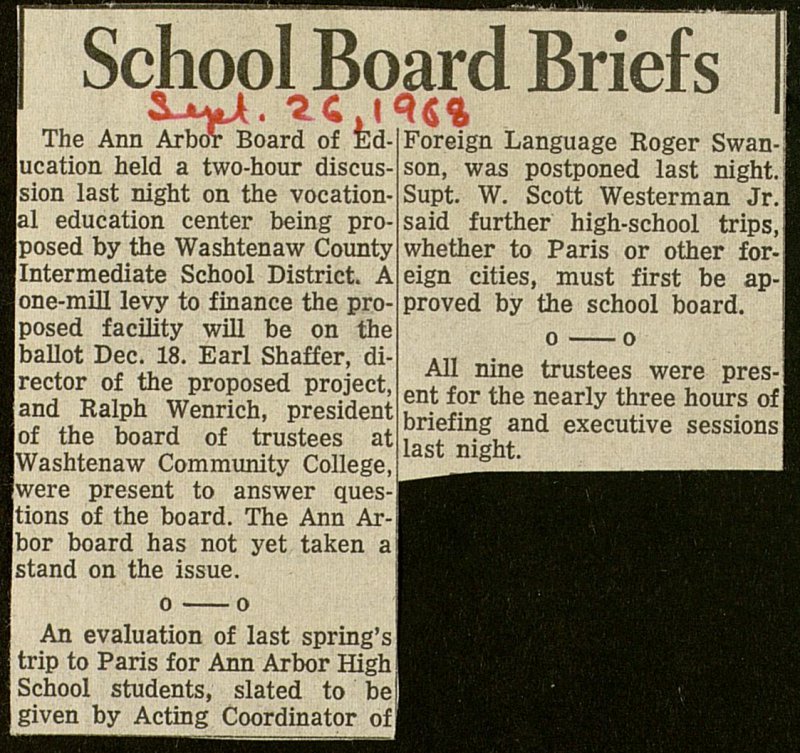 The Ann Arbdr Board of Ëducation held a two-hour discussion last night on the vocational education center being proposed by the Washtenaw County Intermedíate School District. A one-mill leyy to finance the proposed facility will be on the ballot Dec. 18. Earl Shaffer, director of the proposed project, and Ralph Wenrich, president of the board of trustees at Washtenaw Community College, were present to answer ques-l tions of the board. The Ann Ar-I bor board has not yet taken al stand on the issue. o o [ An evaluation of last spring'sj trip to Paris for Ann Arbor Highl School students, slated to 'bel given by Acting Coördinator of I Foreign Language Roger Swan- son, was postponed last night.i Supt. W. Scott Westerman Jr.l said further high-school trips, j whether to Paris or other foreign cities, must first be approved by the school board. o o All nine trustees were present for the nearly three hours of briefing and executive sessions last night.