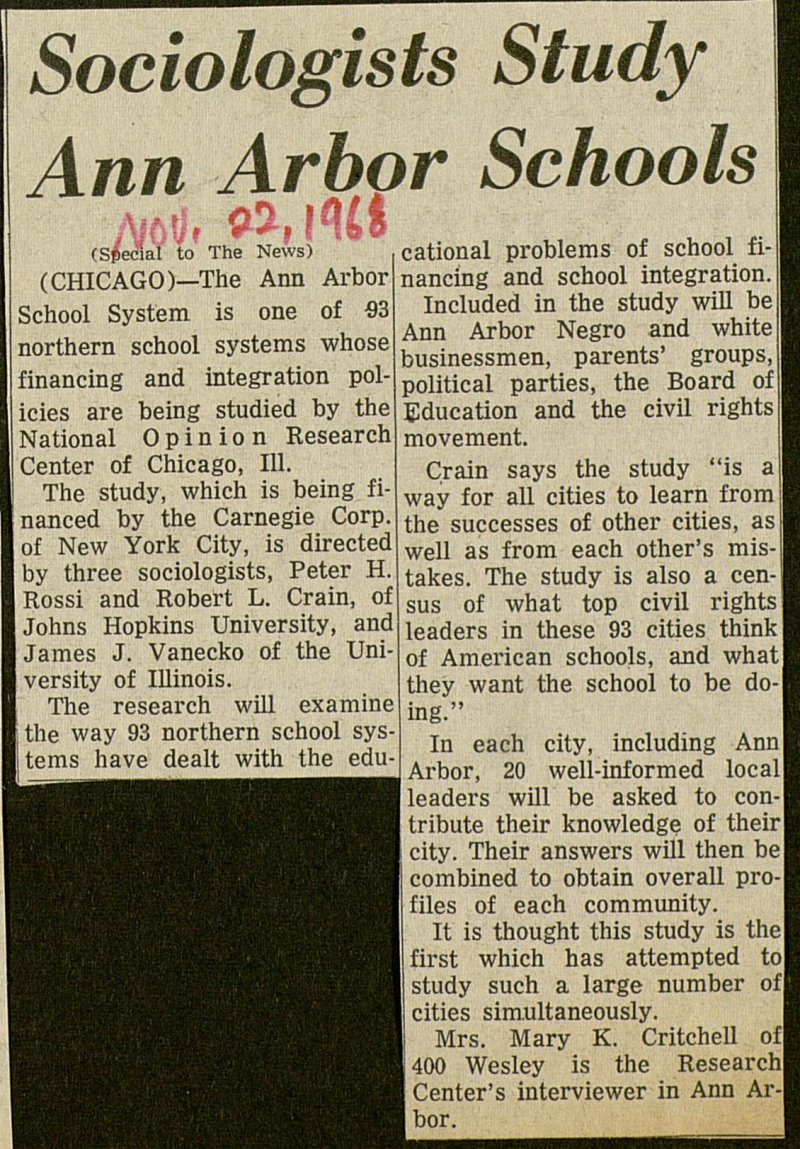 (CHICAGO)- The Ann Arbor School System is one of 93 northern school systems whose financing and integration policies are being studied by the National Opinión Research Center of Chicago, 111. The study, which is being financed by the Carnegie Corp. of New York City, is directed by three sociologists, Peter H. Rossi and Robert L. Crain, of Johns Hopkins University, and James J. Vanecko of the University of Illinois. The research will examine the way 93 northern school sysItems have dealt with the cational problems of school financing and school integration. Included in the study will be Ann Arbor Negro and white businessmen, parents' groups, political parties, the Board of Education and the civil rights movement. Crain says the study "is a way for all cities to learn from the successes of other cities, as well as from each other's mistakes. The study is also a census of what top civil rights leaders in these 93 cities think of American schools, and what they want the school to be doing." In each city, including Ann Arbor, 20 well-informed local leaders will be asked to contribute their knowledge of their city. Their answers wiíl then be combined to obtain overall profiles of each community. It is thought this study is the first which has attempted to study such a large number of cities sim.ultaneously. Mrs. Mary K. Critchell of 400 Wesley is the Research Center's interviewer in Ann Arbor.