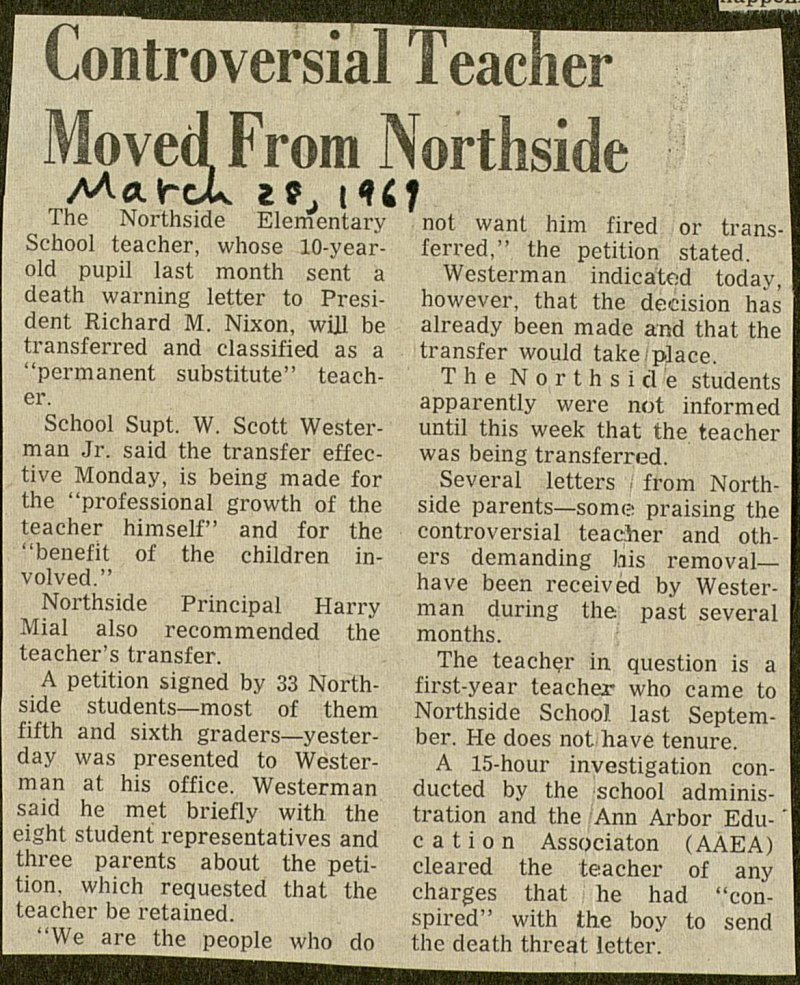 The Northside Elementary School teacher, whose 10-yearold pupil last month sent a death warning letter to President Richard M. Nixon, will be transferred and classified as a "permanent substitute" teacher. School Supt. W. Scott Westerman Jr. said the transfer effective Monday, is being made for the "professional growth of the teacher himself" and for the "benefit of the children involved." Northside Principal Harry Mial also recommended the teacher's transfer. A petition signed by 33 Northside students- most of them fifth and sixth graders- yesterday was presented to Westerman at his office. Westerman said he met briefly with the eight student representatives and three parents about the petition. which requested that the teacher be retained. "We are the people who do I- limmiM f not want him fired or transferred," the petition stated. Westerman indicáted today, however, that the decisión has already been made and that the transfer would take.' place. The Northside students apparently were not informed until this week that the teacher was being transferred. Several letters ; from Northside parents- some praising the controversial teacher and others demanding his removal- have been received by Westerman during the past several months. The teacher in question is a first-year teacher who came to Northside School, last September. He does not have tenure. A 15-hour investigation conducted by the school administration and the Ann Arbor ' catión Associaton (AAEA) cleared the teacher of any charges that he had "conspired" with the boy to send the death threat letter.