Sex Education Protests To Be Taken In Stride 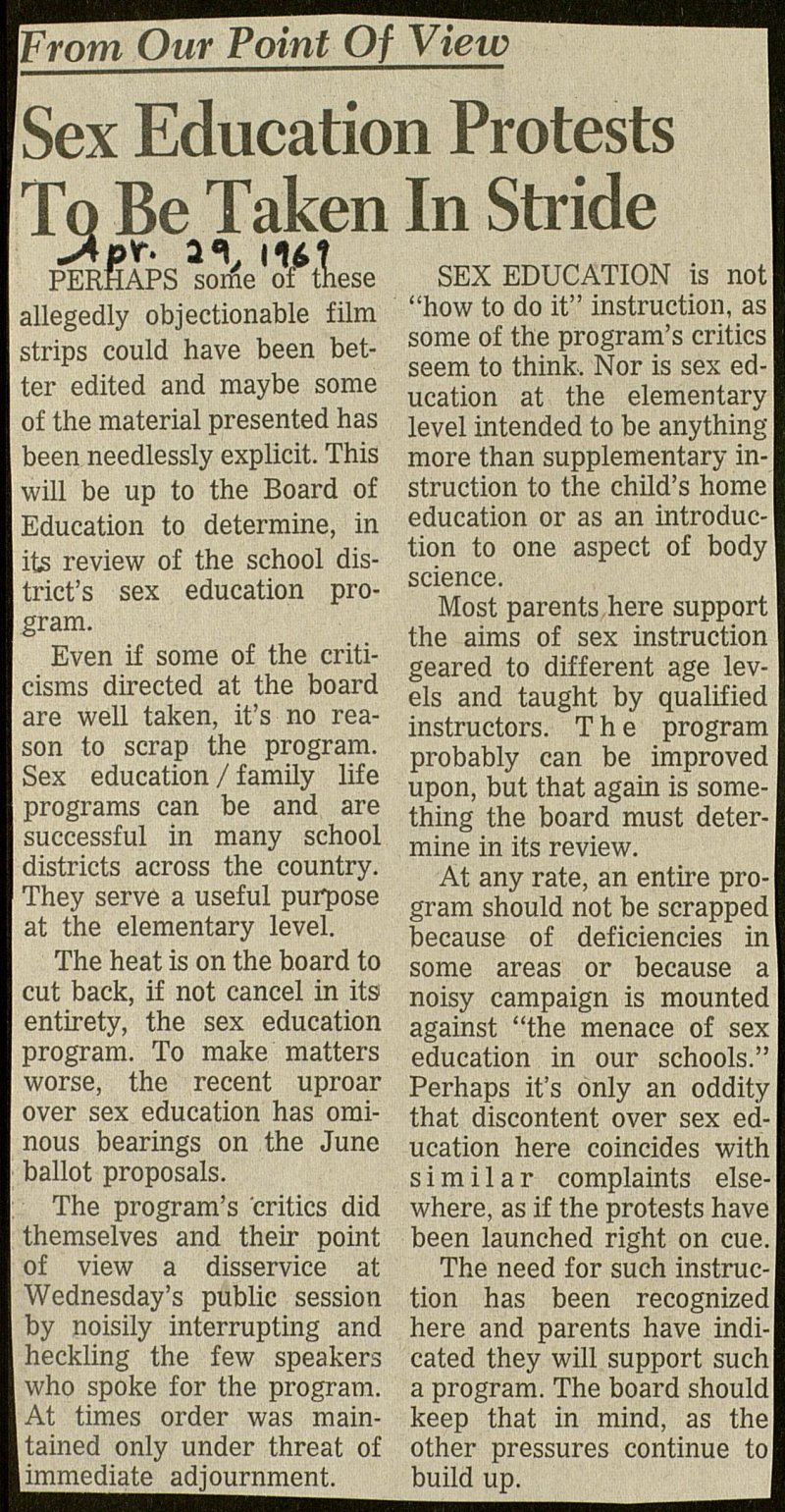 PERHAPS sorííe of these allegedly objectionable film strips could have been better edited and maybe some of the material presented has been needlessly explicit. This will be up to the Board of Education to determine, in its review of the school district's sex education program. Even if some of the criticisms directed at the board are well taken, it's no reason to scrap the program. Sex education family life programs can be and are successful in many school districts across the country. They serve a useful purpose at the elementary level. The heat is on the board to cut back, if not cancel in its entirety, the sex education program. To make matters worse, the recent uproar over sex education has ominous bearings on the June ballot proposals. The program's critics did themselves and their point of view a disservice at Wednesday's public session by noisily interrupting and heckling the few speakers who spoke for the program. At times order was mainItained only under threat of immediate adjournment. SEX EDUCATION is not "how to do it" instruction, as some of the program's critics seem to think. Nor is sex education at the elementary level intended to be anything more than supplementary instruction to the child's home education or as an introduction to one aspect of body science. Most parentshere support the aims of sex instruction geared to different age levels and taught by qualified instructors. The program probably can be improved upon, but that again is something the board must determine in its review. At any rate, an entire program should not be scrapped because of deficiencies in some areas or because a noisy campaign is mounted against "the menace of sex education in our schools." Perhaps it's önly an oddity that discontent over sex education here coincides with similar complaints elsewhere, as if the protests have been launched right on cue. The need for such instruction has been recognized here and parents have indicated they will support such a program. The board should keep that in mind, as the other pressures continue to build up. )