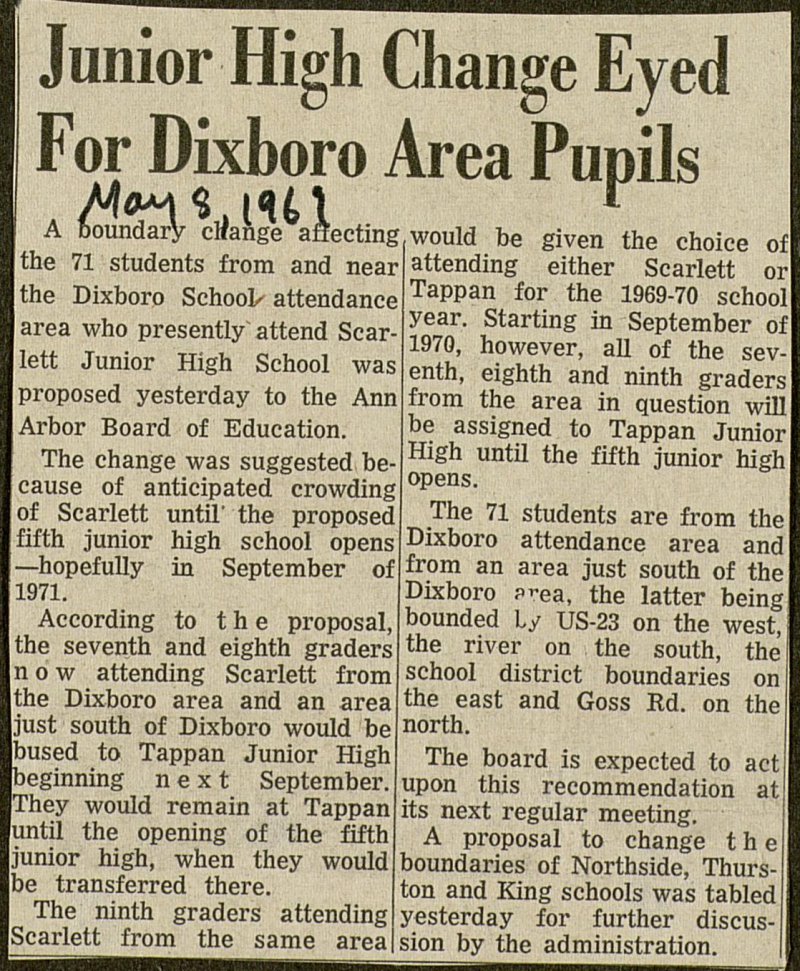 ! A boundary cHange affecting the 71 students from and near the Dixboro Schools attendance area who presently' attend Scar lett Junior High School was proposed yesterday to the Ann Arbor Board of Education. The change was suggested because of anticipated crowding of Scarlett until' the proposed fifth junior high school opens - hopefully in September of 1971. According to the proposal, the seventh and eighth graders now attending Scarlett from the Dixboro area and an area just south of Dixboro would be bused to Tappan Junior High beginning n e x t September. Ihey would remain at Tappan Lintil the opening of the fifth unior high, when they would be transferred there. The ninth graders attending scarlett from the same area would be given the choice oi attending either Scarlett oi Tappan for the 1969-70 school year. Starting in September oi 1970, however, all of the seventh, eighth and ninth graders from the area in question will be assigned to Tappan Junior High untü the fifth junior high opens. The 71 students are from the Dixboro attendance area and from an area just south of the Dixboro pt-ea, the latter being bounded L US-23 on the west, the river on the south, the school district boundaries on the east and Goss Rd. on the north. The board is expected to act upon this recommendation at its next regular meeting. A proposal to change the joundaries of Northside, Thurston and Eng schools was tabled yesterday for further discussion by the administration.