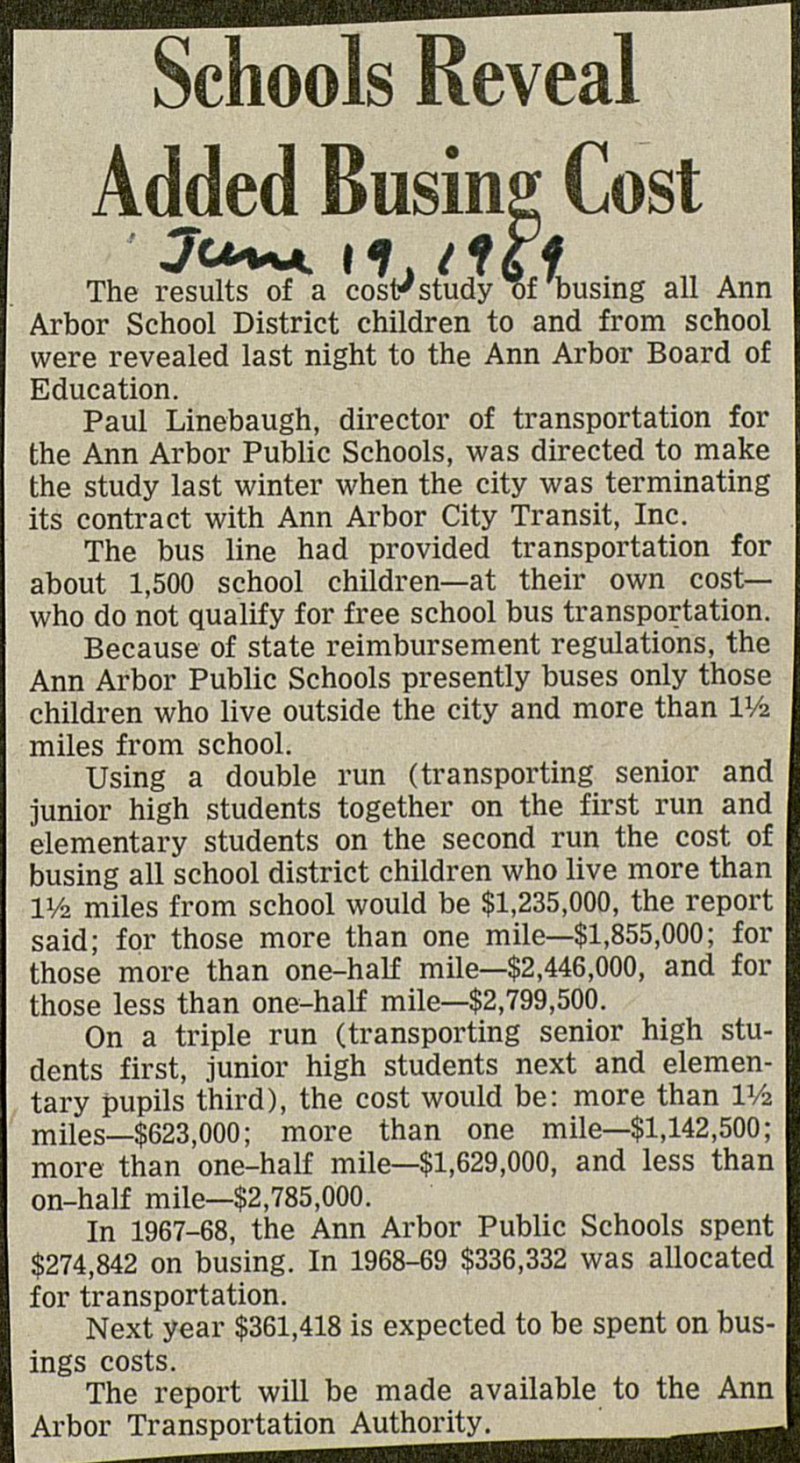 The results of a cost'study m busing all Ann Arbor School District children to and from school were revealed last night to the Ann Arbor Board of Education. Paul Linebaugh, director of transportation for the Ann Arbor Public Schools, was directed to make the study last winter when the city was terminating its contract with Ann Arbor City Transit, Inc. The bus line had provided transportation for about 1,500 school children- at their own cost- who do not qualify for free school bus transportation. Because of state reimbursement regulations, the Ann Arbor Public Schools presently buses only those children who live outside the city and more than V-h miles from school. Using a doublé run (transporting senior and junior high students together on the first run and elementary students on the second run the cost of busing all school district children who live more than VA miles from school would be $1,235,000, the report said; for those more than one mile- $1,855,000; for those more than one-half mile- $2,446,000, and for those less than one-half mile- $2,799,500. On a triple run (transporting senior high students first, junior high students next and elementary pupils third), the cost would be: more than VA miles- $623,000; more than one mile- $1,142,500; more than one-half mile- -$1,629,000, and less than on-half mile- $2,785,000. In 1967-68, the Ann Arbor Public Schools spent $274,842 on busing. In 1968-69 $336,332 was allocated for transportation. Next year $361,418 is expected to be spent on busings costs. The report will be made available to the Ann Arbor Transportation Authority. __