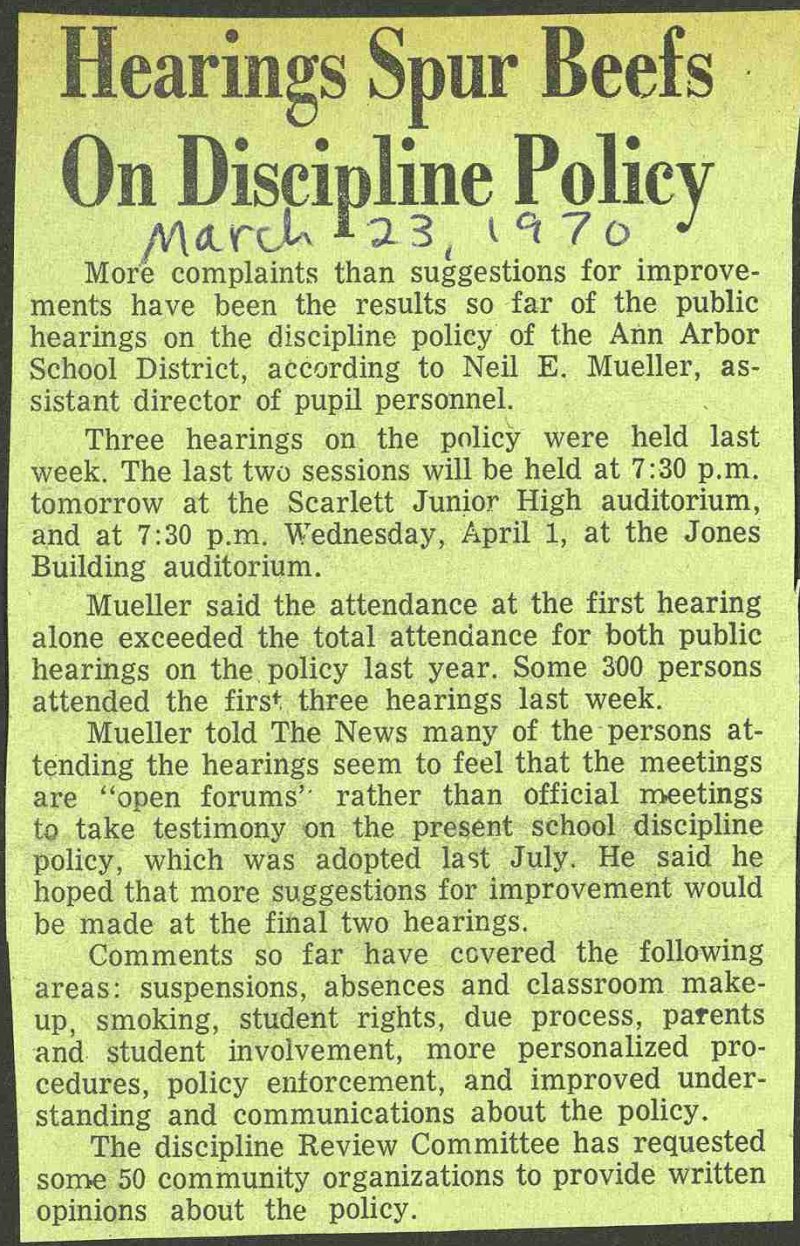 More complaints than suggestions for improvements have been the results so far of the public hearings on the discipline policy of the Arm Arbor School District, according to Neil E. Mueller, assistant director of pupil personnel. Three hearings on the policy were held last week. The last two sessions will be held at 7:30 p.m. tomorrow at the Scarlett Junior High auditorium, and at 7:30 p.m. Wednesday, April 1, at the Jones Building auditorium. Mueller said the attendance at the first hearing alone exceeded the total attendance for both public hearings on the policy last year. Some 300 persons attended the first three hearings last week. Mueller told The News many of the persons attending the hearings seem to feel that the meetings are "open forums'' rather than official meetings to take testimony on the present school discipline policy, which was adopted last July. He said he hoped that more suggestions for improvement would be made at the final two hearings. Comments so far have ccvered the following areas: suspensions, absences and classroom makeup, smoking, student rights, due process, parents and student involvement, more personalized procedures, policy enforcement, and improved understanding and Communications about the policy. The discipline Review Committee has requested I some 50 community organizations to provide written opinions about the policy.