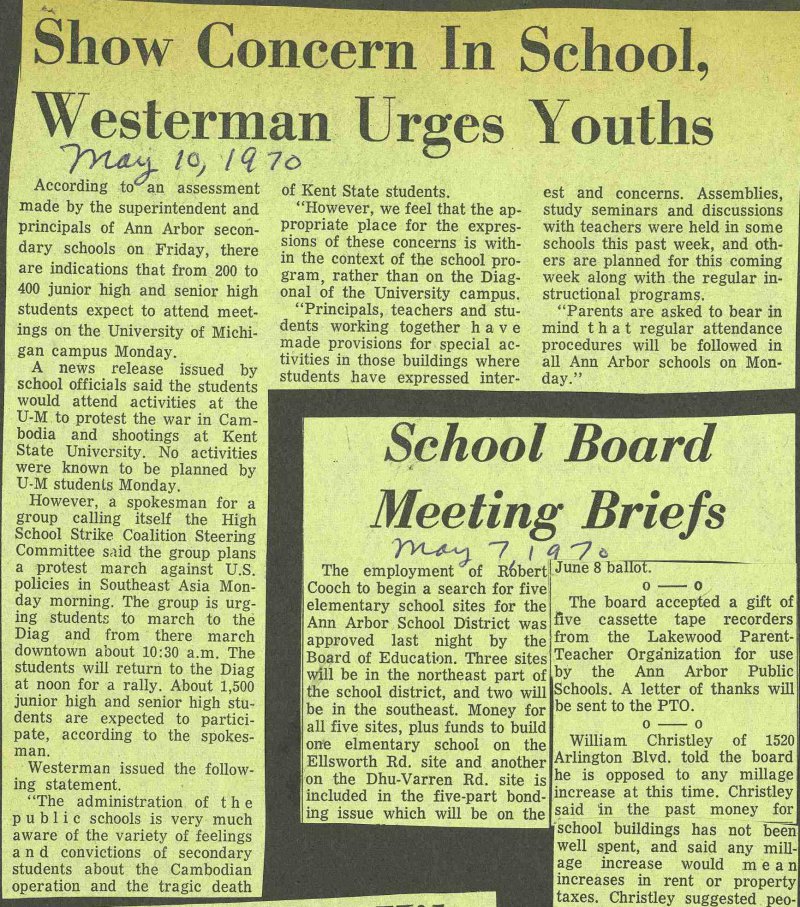 According taran assessment made by the superintendent and principáis of Ann Arbor secondary schools on Friday, there are indications that from 200 to 400 junior high and senior high students expect to attend meetings on the University of Michigan campus Monday. A news release issued by school officials said the students would attend activities at the U-M to protest the war in Cambodia and shootings at Kent State University. No activities were known to be planned by U-M students Monday. However, a spokesman for a group calling itself the High School Strike Coalition Steering Committee said the group plans a protest march against U.S. policies in Southeast Asia Monday morning. The group is urging students to march to thé Diag and from there march downtown about 10:30 a.m. The students wili return to the Diag at noon for a rally. About 1,500 junior high and senior high students are expected to particípate, according to the spokesman. Westerman issued the following statement. "The administration of t h e public schools is very much aware of the variety of feelings and convictions of secondary students about the Cambodian operation and the tragic death of Kent State students. "However, we feel that the appropriate place for the expressions of these concerns is within the context of the school program, rather than on the Diagonal of the University campus. "Principáis, teachers and students working together have made provisions for special activities in those buildings where students have expressed est and concerns. Assemblies, study seminars and discussions with teachers were held in some schools this past week, and others are planned for this coming week along with the regular instructiqnal programs. "Parents are asked to bear in mind t h a t regular attendance procedures will be followed in all Ann Arbor schools on Monday."