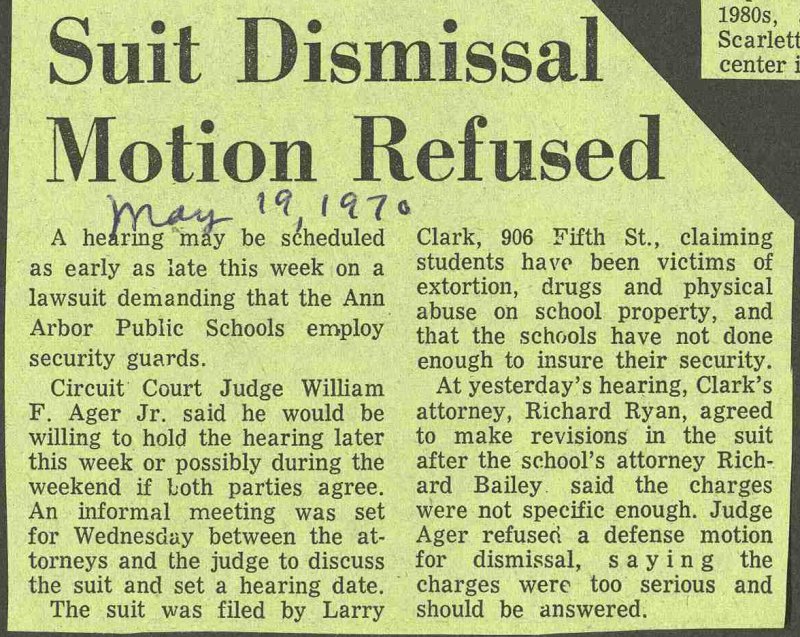 A hearing "máy be scheduled as early as late this week on a lawsuit demanding that the Ann Arbor Public Schools employ security guards. Circuit Court Judge William F. Ager Jr. said he would be willing to hold the hearing later this week or possibly during the weekend if both parties agree. An informal meeting was set for Wednesday between the attorneys and the judge to discuss the suit and set a hearing date. The suit was filed by Larry Clark, 906 Fifth St, claiming students havo been victims of extortion, drugs and physical abuse on school property, and that the schools have not done enough to insure their security. At yesterday's hearing, Clark's attorney, Richard Ryan, agreed to make revisions in the suit after the school's attorney Richard Bailey said the charges were not specific enough. Judge Ager refuseri a defense motion for dismissal, s a y i n g the charges were too serious and should be answered.