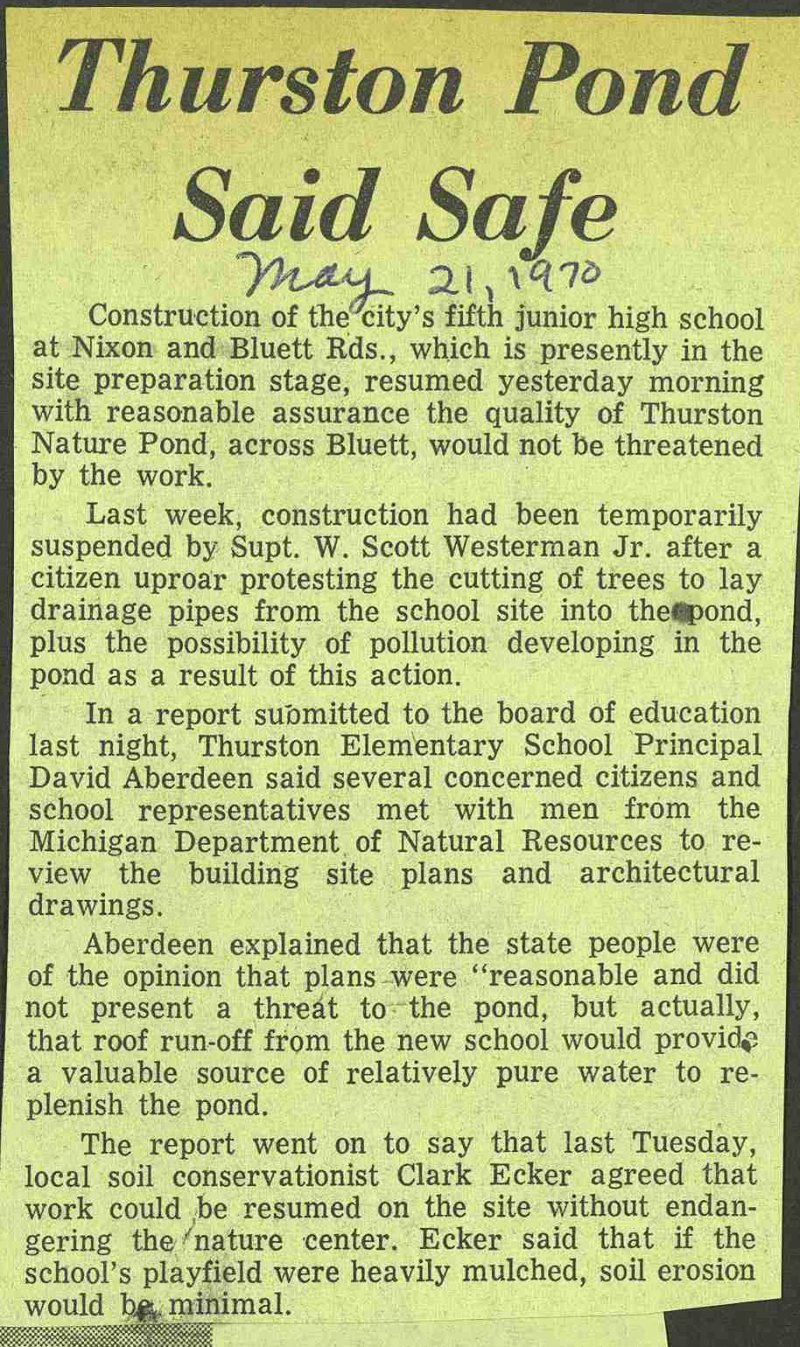 Construction of theity's fifth junior high school at Nixon and Bluett Rds., which is presently in the site preparation stage, resumed yesterday morning with reasonable assurance the quality of Thurston Nature Pond, across Bluett, would not be threatened by the work. Last week, construction had been temporarily suspended by Supt. W. Scott Westerman Jr. after a citizen uproar protesting the cutting of trees to lay drainage pipes from the school site into theipond, plus the possibility of pollution developing in the pond as a result of this action. In a report suomitted to the board of education last night, Thurston Elementary School Principal David Aberdeen said several concerned citizens and school representatives met with men from the Michigan Department of Natural Resources to review the building site plans and architectural drawings. Aberdeen explained that the state people were of the opinión that plans were "reasonable and did not present a threát to the pond, but actually, that roof run-off from the new school would provide a valuable source of relatively pure water to replenish the pond. The report went on to say that last Tuesday, local soil conservationist Clark Ecker agreed that work could ,be resumed on the site without endangering the 'nature center. Ecker said that if the school's playfield were heavily mulched, soil erosión would hfs,. minimal. m