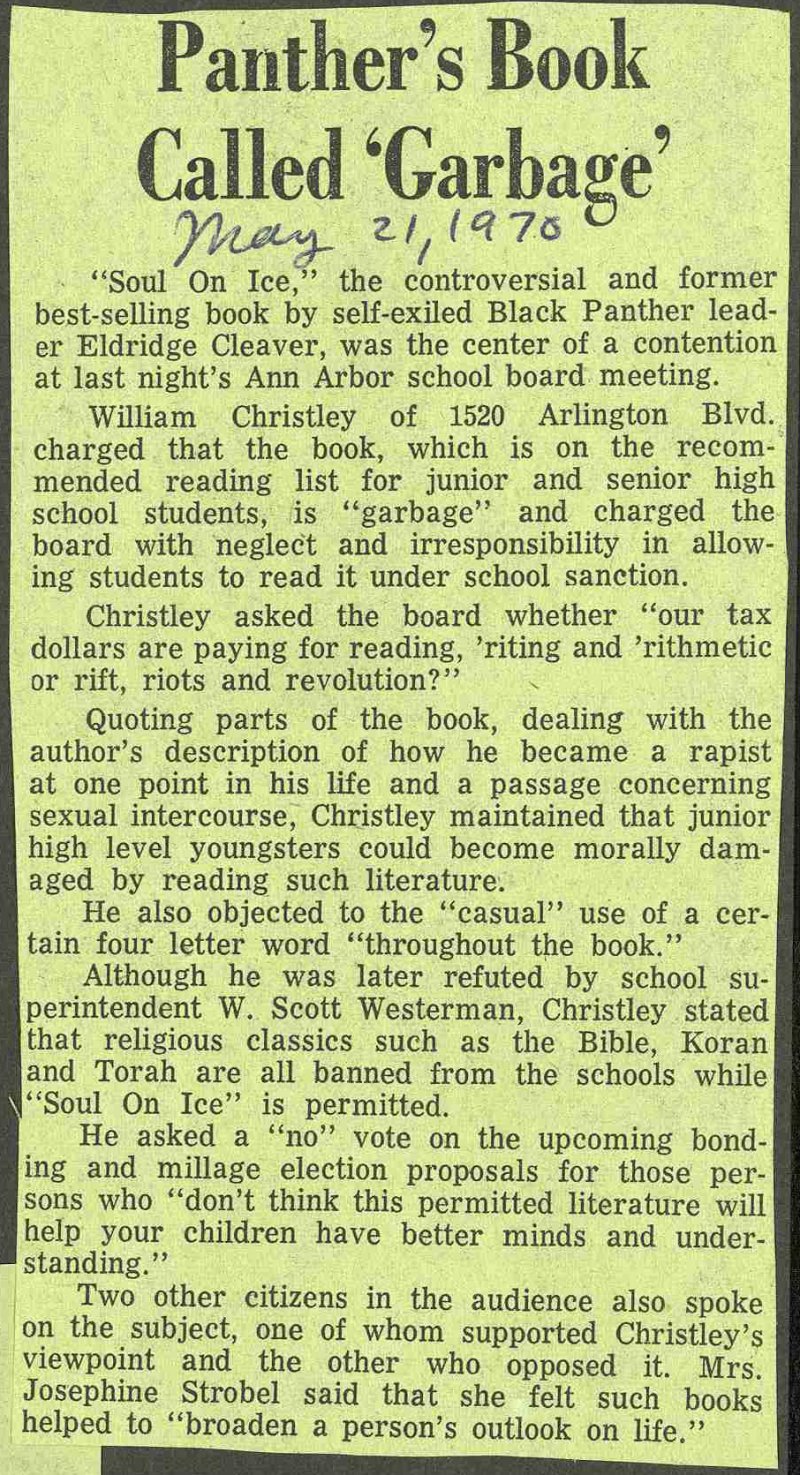 "Soul On Ice," the controversial and former best-selling book by self-exiled Black Panther leader Eldridge Cleaver, was the center of a contention at last night's Ann Arbor school board meeting. William Christley of 1520 Arlington Blvd. charged that the book, which is on the recommended reading list for junior and senior high school students, is "garbage" and charged the board with neglect and irresponsibility in allowing students to read it under school sanction. Christley asked the board whether "our tax dollars are paying for reading, 'riting and 'rithmetic or rift, riots and revolution?" Quoting parts of the book, dealing with the author's description of how he became a rapist at one point in his life and a passage concerning sexual intercourse, Christley maintained that junior high level youngsters could become morally damaged by reading such literature. He also objected to the "casual" use of a certain four letter word "throughout the book." Although he was later refuted by school su-l perintendent W. Scott Westerman, Christley statedj that religious classics such as the Bible, Koran I and Torah are all banned from the schools whilel "Soul On Ice" is permitted. He asked a "no" vote on the upcoming bond-l ing and millage election proposals for those per-I sons who "don't think this permitted literature willl help your children have better minds and 1 standing." Two other citizens in the audience also spoke on the subject, one of whom supported Christley's viewpoint and the other who opposed it. Mrs. Josephine Strobel said that she feit such books helped to "broaden a person's outlook on life."