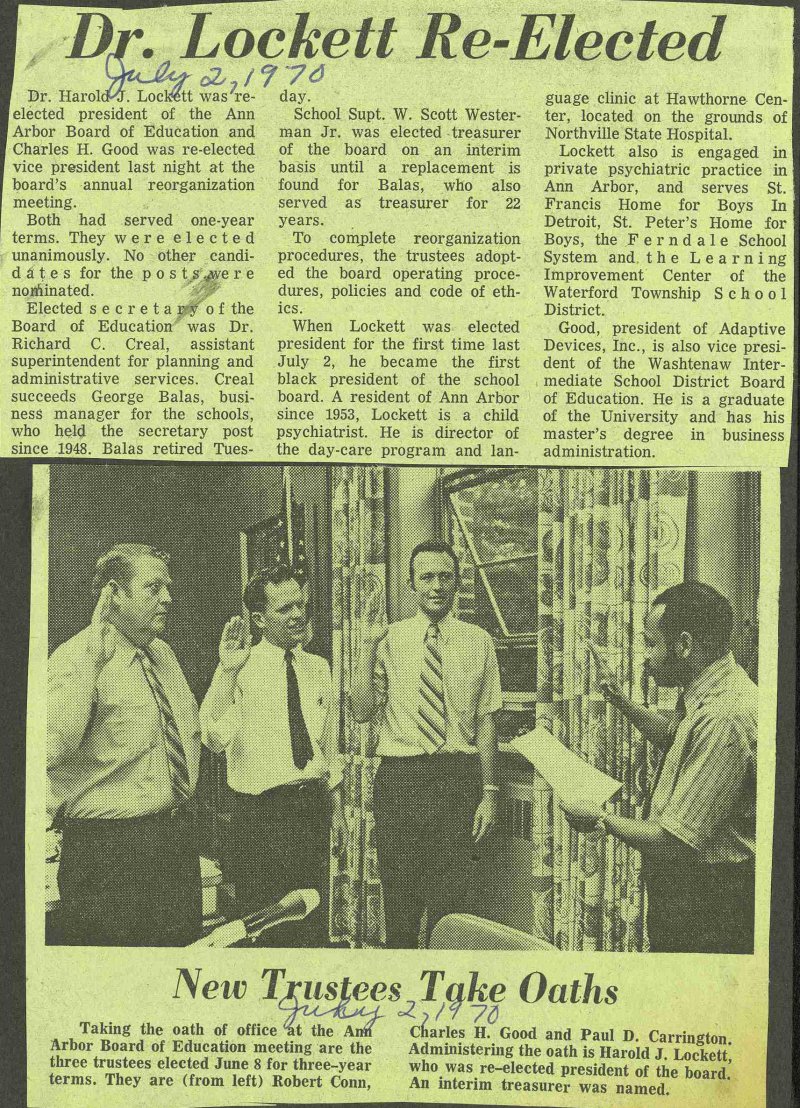 Dr. Harold J. Lockett was reelected president of the Ann Arbor Board of Education and Charles H. Good was re-elected vice president last night at the board's annual reorganization meeting. Both had served one-year terms. They were elected unanimously. No other candidates for the pos tjfafe r e noiftinated. Elected secreta yrf o f the Board of Education was Dr. Richard C. Creal, assistant superintendent for planning and administrative services. Creal succeeds George Balas, business manager for the schools, who held the secretary post since 1948. Balas retired day. School Supt. W. Scott Westerman Jr. was elected treasurer of the board on an interim basis until a replacement is found for Balas, who also served as treasurer for 22 years. To complete reorganization procedures, the trustees adopted the board operating procedures, policies and code of ethics. When Lockett was elected president for the first time last July 2, he became the first black president of the school board. A resident of Ann Arbor since 1953, Lockett is a child psychiatrist. He is director of the day-care program and guage clinic at Hawthorne Center, located on the grounds of Northville State Hospital. Lockett also is engaged in private psychiatrie practice in Ann Arbor, and serves St. Francis Home for Boys In Detroit, St. Peter's Home for Boys, the Ferndale School System and the Learning Improvement Center of the Waterford Township School District. Good, president of Adaptive Devices, Inc., is also vice president of the Washtenaw Intermediate School District Board of Education. He is a gradúate of the University and has his master's degree in business administration.