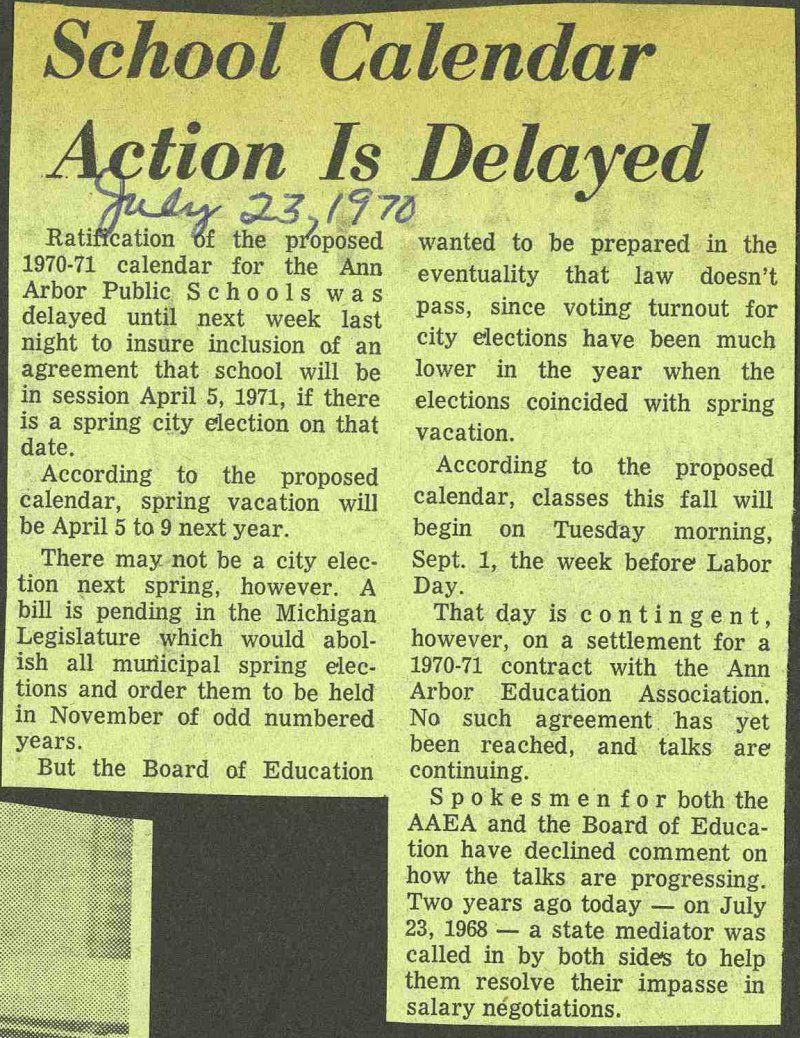 Ratiffeation xi the proposed 1970-71 calendar for the Arm Arbor Public Schools was delayed until next week last night to insure inclusión of an agreement that school will be in session April 5, 1971, if there is a spring city election on that date. According to the proposed calendar, spring vacation will be April 5 to 9 next year. There may not be a city election next spring, however. A bilí is pending in the Michigan Legislature which would abolish all muriicipal spring elections and order them to be held in November of odd numbered years. But the Board of Education wanted to be prepared in the eventuality that law doesn't pass, since voting turnout for city elections have been muclj lower in the year when the elections coincided with spring vacation. According to the proposed calendar, classes this fall will begin on Tuesday morning, Sept. 1, the week before1 Labor Day. That day is contingent, however, on a settlement for a 1970-71 contract with the Ann Arbor Education Association. No such agreement has yet been reached, and talks are continuing. Spokesmen for both the AAEA and the Board of Education have declined comment on how the talks are progressing. Two years ago today - on July 23, 1968 - a state mediator was called in by both sides to help them resolve their impasse in salary négotiations.