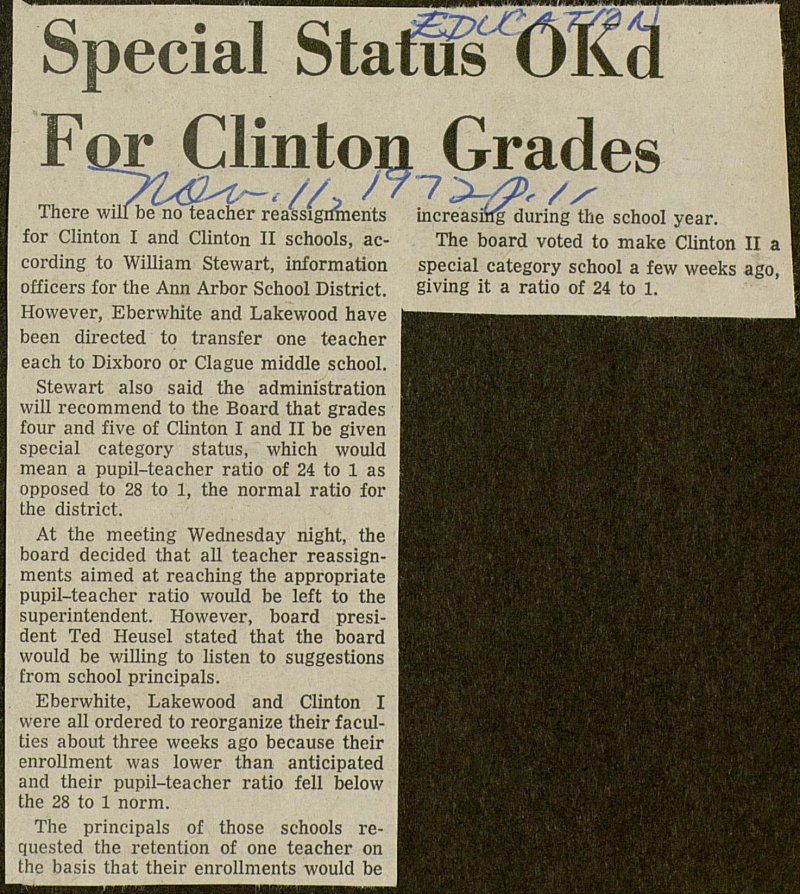 There wilíbe no teacher reassigtíments for Clinton I and Clinton II schools, according to William Stewart, information officers for the Ann Arbor School District. However, Eberwhite and Lakewood have been directed to transfer one teacher each to Dixboro or Clague middle school. Stewart also said the administration will recommend to the Board that grades four and five of Clinton I and II be given special category status, which would mean a pupil-teacher ratio of 24 to 1 as opposed to 28 to 1, the normal ratio for the district. At the meeting Wednesday night, the board decided that all teacher reassignments aimed at reaching the appropriate pupil-teacher ratio would be left to the superintendent. However, board president Ted Heusel stated that the board would be willing to listen to suggestions from school principáis. Eberwhite, Lakewood and Clinton I were all ordered to reorganize their faculties about three weeks ago because their enrollment was lower than anticipated and their pupil-teacher ratio feil below the 28 to 1 norm. The principáis of those schools requested the retention of one teacher on the basis that their enrollments would be increasing during the school year. The board voted to make Clinton II a special category school a few weeks ago, giving it a ratio of 24 to 1.