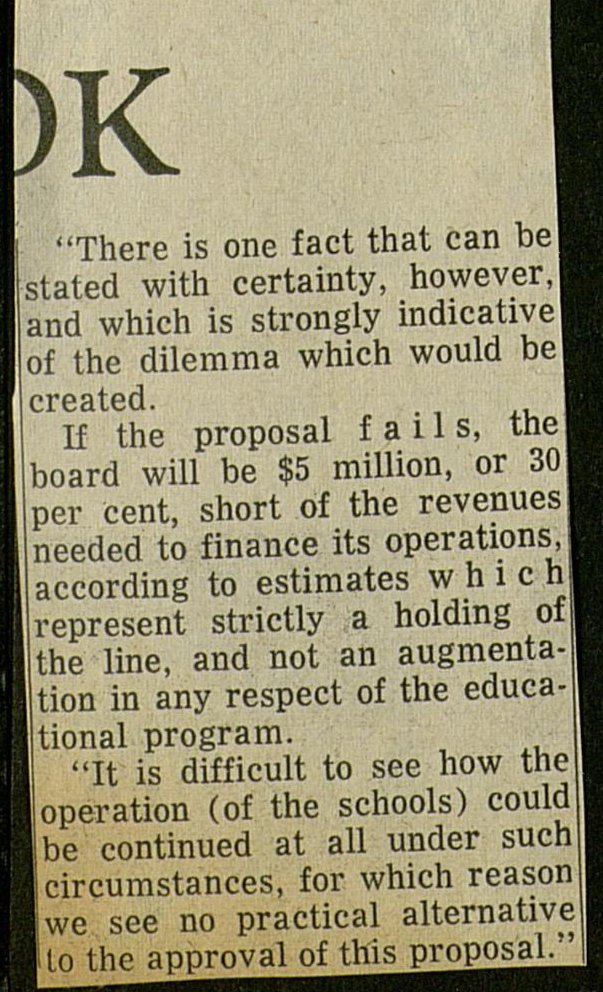 The Executive Board of the Arm Arbor Citizens' Council has sent letters to its 270 members urging them to support Monday's school millage request. "The question before the electorate ... is not whether the schools shall be required to opperate with a minor shortage of funds which can be made up by ia bit of scrimping here and there (if the millage fails)," the board stated. "Very possibly the question is whether the schools can opérate at all in 1968-69." The statement continued. "No responsible voter can disregard the consequences of a failure of the proposed millage. Members of the Board of Education find it awkward to discuss this subject in any detail, for one reason because such prediction are inevitably returned against them as representing 'threats' to the voting public, but also ... because the answers cannot be confidently predicted in advance. "The board itself will not be able to control some of the o] tions that might be suggeste because they would be subjei to negotiation with the teacher association. "There is one fact that can bel stated with certainty, however,! and which is strongly indicativel of the dilemma which would be created. If the proposal fails, the board will be $5 million, or 301 per cent, short of the revenuesl needed to finance its operations 1 according to estimates whichl represent strictly a holding oll the line, and not an augmentation in any respect of the educational program. "It is difficult to see how the loper ation (of the schools) could Ibe continued at all under such icircumstances, for which reason we see no practical alternativel llo the approval of this proposal."