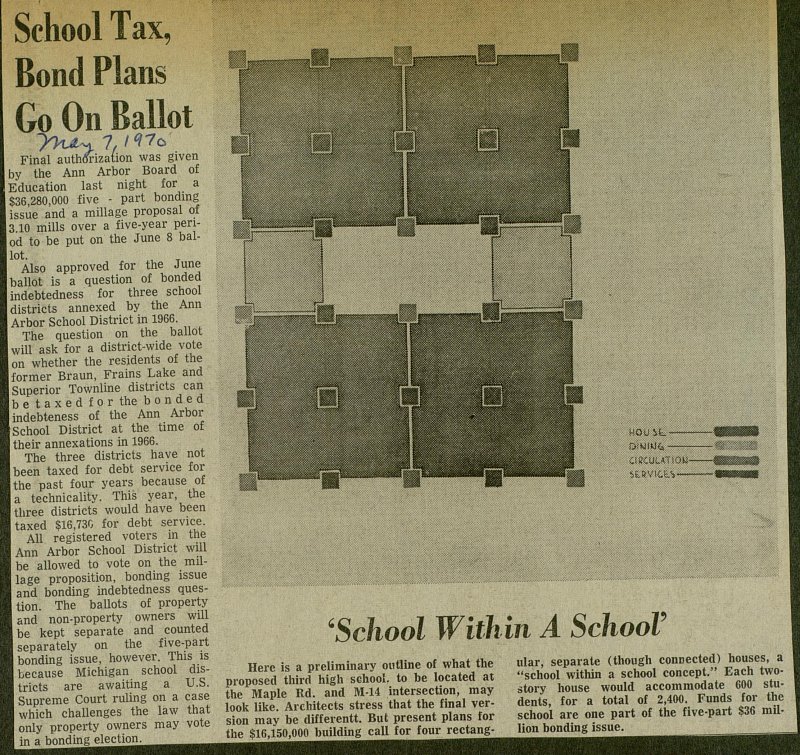 Final authdrization was given by the Ann Arbor Board of Education last night for a $36 280,000 five - part bonding issue and a millage proposal of 3 10 milis over a five-year period to be put on the June 8 ballot. Also approved for the June ballot is a question of bonded indebtedness for three school districts annexed by the Ann Arbor School District in 1966. The question on the ballot Iwill ask for a district-wide vote on whether the residents of the former Braun, Frains Lake and Superior Townline districts can betaxedfor the bonded indebteness of the Ann Arbor School District at the time of their annexations in 1966. The three districts have not been taxed for debt service for the past four years because of la technicality. This year, the I three districts would have been I taxed $16,730 for debt service. All registered voters in the Ann Arbor School District will I be allowed to vote on the milllage proposition, bonding issue I and bonding indebtedness quesI tion. The ballots of property land non-property owners will ■ be kept separate and counted Iseparately on the five-part I bonding issue, however. This is I because Michigan school disItricts are awaiting a U.S. I Supreme Court ruling on a case Iwhich challenges the law that I only property owners may vote I in a bnnding election. 'School Within A School' Here is a preliminary outline of what the proposed third high school, to be located at the Maple Rd. and M-H intersection, may look like. Architects stress that the final versión may be differentt. But present plans for the $16,150,000 building cali for four ular, separate (though connected) houses, a "school within a school concept." Each twostory house would accomraodate 600 students, for a total of 2,400. Funds for the school are one part of the five-part $36 million bonding issue.