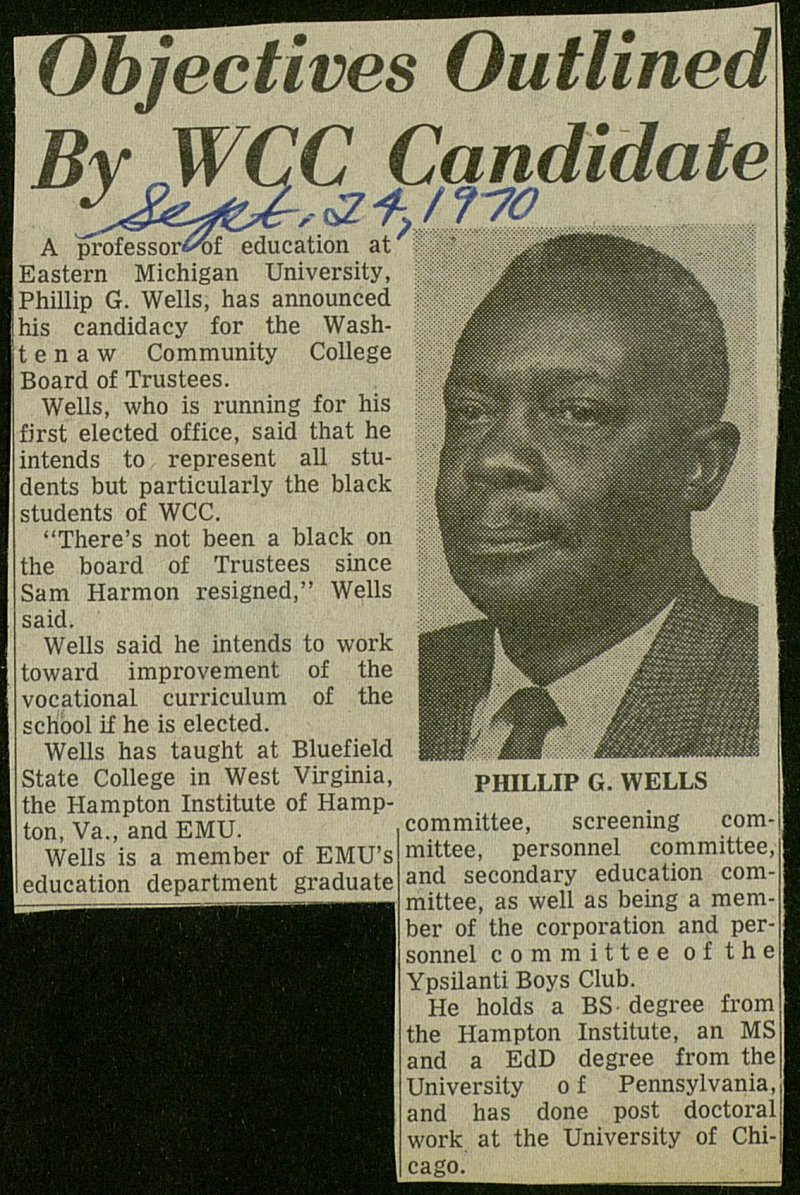 A professor&'of education at Eastern Michigan University, Phillip G. Wells, has announced his candidacy for the Washt e n a w Community College Board of Trustees. Wells, who is running for his first elected office, said that he intends to represent all students but particularly the black students of WCC. "There's not been a black on the board of Trustees since Sam Harmon resigned," Wells said. Wells said he intends to work toward improvement of the vocational curriculum of the school if he is elected. Wells has taught at Bluefield State College in West Virginia, the Hampton Institute of Hampton, Va., and EMU. Wells is a member of EMU's education department gradúate committee, screening com-j mittee, personnel committee, and secondary education committee, as well as being a member of the corporation and personnel committee of the Ypsilanti Boys Club. He holds a BS degree from the Hampton Institute, an MS and a EdD degree from the University of Pennsylvania, and has done post doctoral work. at the University of Chi- cago.