Petitions Available For School Board 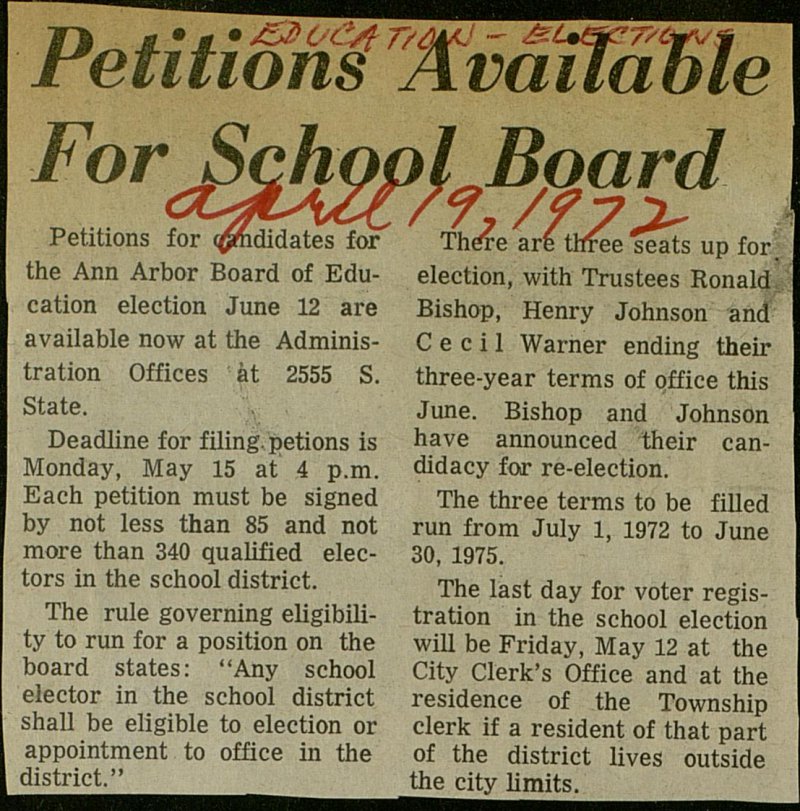 Petitions for pmdidates for the Ann Arbor Board of Education election June 12 are available now at the Administration Offices át 2555 S. State. Deadline for f iling. petions is Monday, May 15 at 4 p.m. E ach petition must be signed by not less than 85 and not more than 340 qualified electors in the school district. The rule governing eligibility to run for a position on the board states: "Any school elector in the school district shall be eligible to election or appointment to office in the district." Thére arfe thfee seats up for election, with Trustees Ronald,.: Bishop, Henry Johnson and C e c i 1 Warner ending their three-year terms of office this June. Bishop and Johnson have announced their candidacy for re-election. The three terms to be filled run from July 1, 1972 to June 30, 1975. The last day for voter registration in the school election will be Friday, May 12 at the City Clerk's Office and at the residence of the Township clerk if a resident of that part of the district lives outside the city limits.