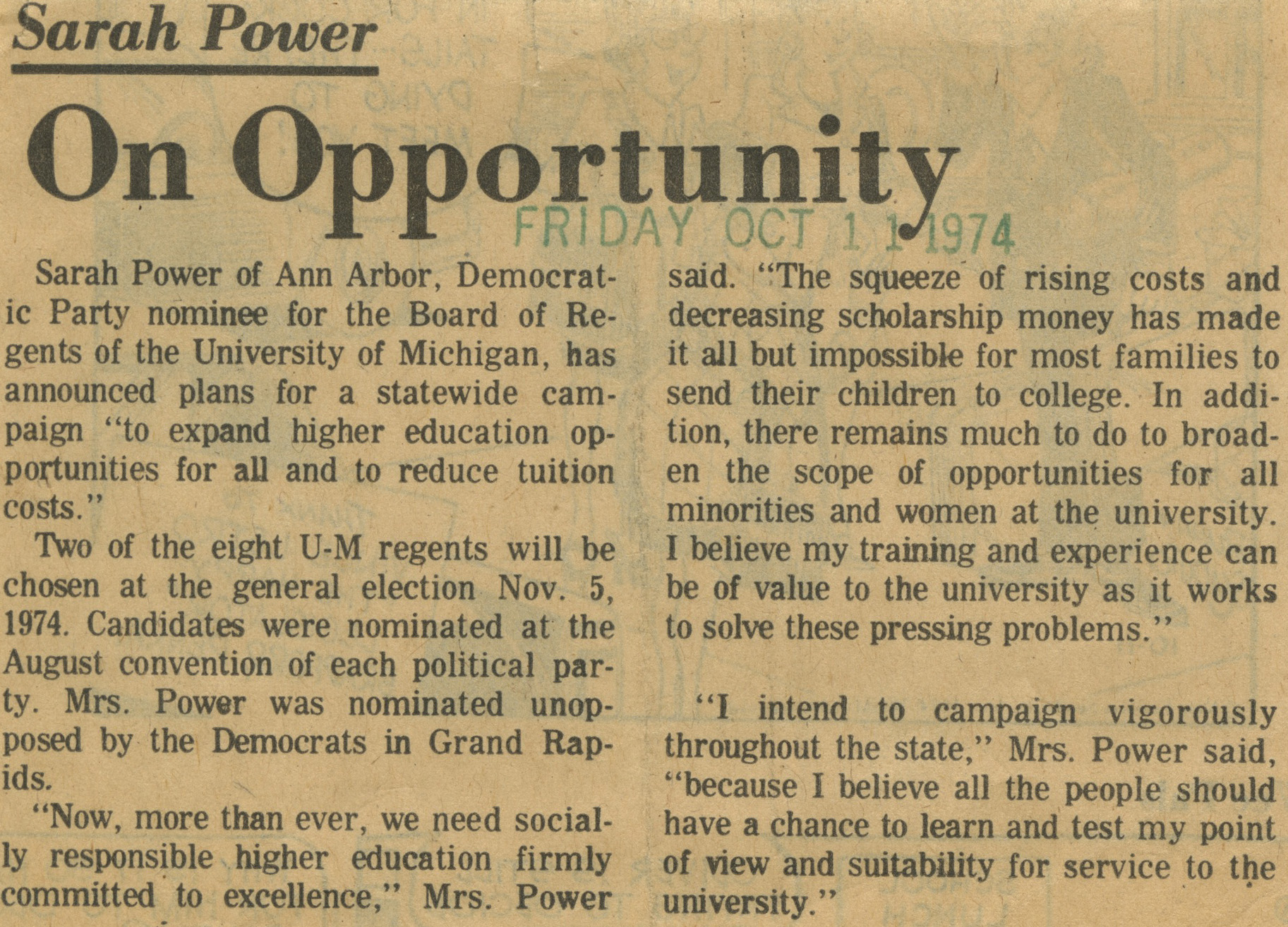 Sarah Power of Ann Arbor, Democratic Party nominee for the Board of Regents of the University of Michigan, has announced plans for a statewide campaign "to expand higher education opportunities for all and to reduce tuition costs." Two of the eight U-M regents will be chosen at the general election Nov. 5, 1974. Candidates were nominated at the August convention of each political party. Mrs. Power was nominated unopposed by the Democrats in Grand Rapids. "Now, more than ever, we need socially responsible higher education firmly committed to excellence," Mrs. Power said. "The squeeze of rising costs and decreasing scholarship money has made it all but impossiWe for most families to send their children to college. In addition, there remains much to do to broaden the scope of opportunities for all minorities and women at the university. I believe my training and experience can be of valué to the university as it works to solve these pressing problems." "I intend to campaign vigorously throughout the state," Mrs. Power said, "because I believe all the people should have a chance to learn and test my point of view and suitability for service to the university. "