4 Of 5 GOP Councilmen Back Garris 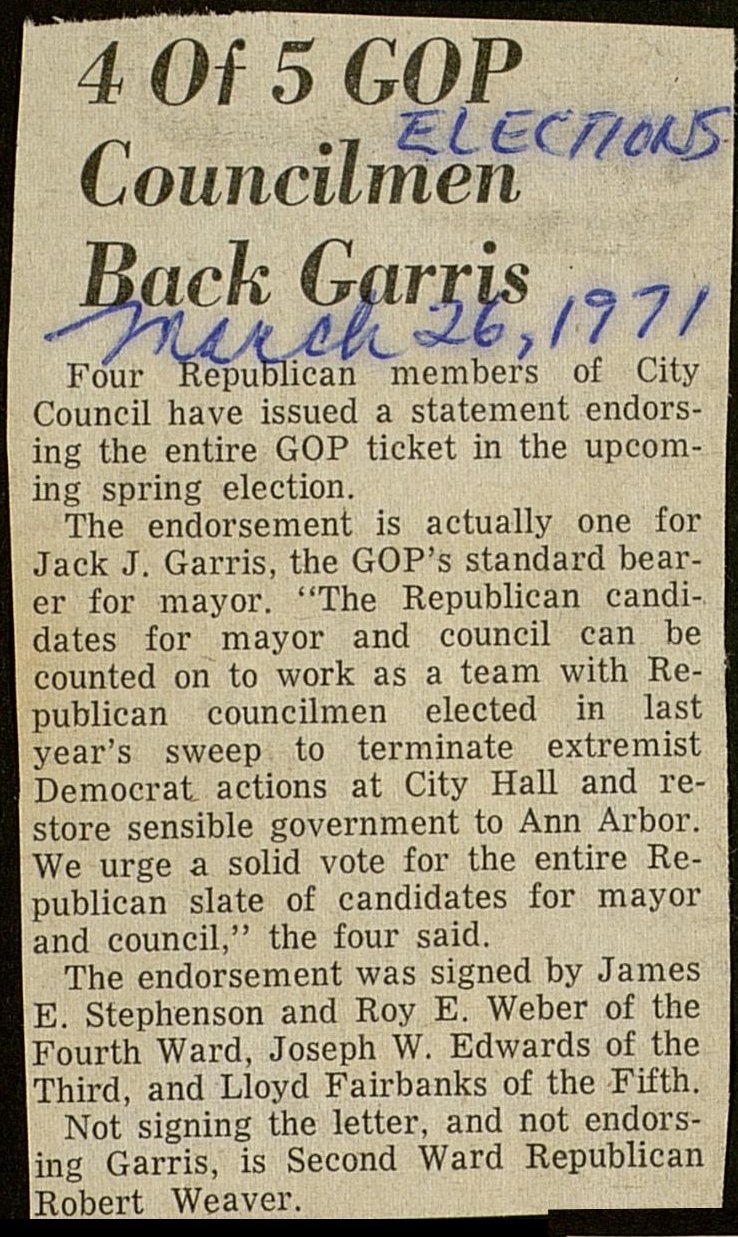 Four publican members of City Council have issued a statement endorsing the entire GOP ticket in the upcoming spring election. The endorsement is actually one for Jack J. Garris, the GOP's standard bearer for mayor. "The Republican candidates for mayor and council can be counted on to work as a team with Republican councilmen elected in last year's sweep to terminate extremist Democrat actions at City Hall and restore sensible government to Ann Arbor. We urge a solid vote for the entire Republican slate of candidates for mayor and council," the four said. The endorsement was signed by James E. Stephenson and Roy E. Weber of the Fourth Ward, Joseph W. Edwards of the Third, and Lloyd Fairbanks of the Fifth. I Not signing the letter, and not endorsling Garris, is Second Ward Republican iRobert Weaver. ___