Only Timing Was Bad In School Textbook Ruling 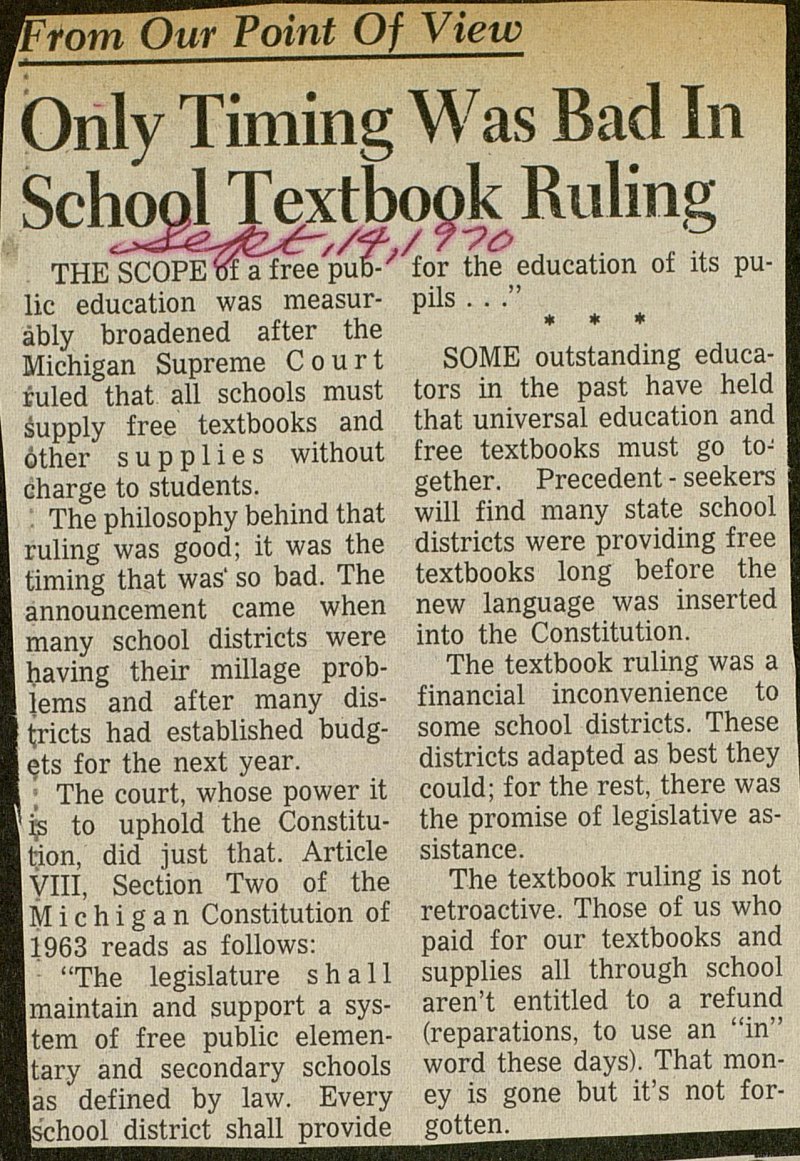 THE SCOPE Waf ree pub-' lic education was measurábly broadened after the Michigan Supreme Court Éuled that all schools must áupply free textbooks and óther s u p p 1 i e s without Gharge to students. : The philosophy behind that ruling was good; it was the timing that was' so bad. The announcement came when many school districts were having their millage probiems and after many districts had established budge.ts for the next year. ; The court, whose power it ijs to uphold the Constitution, did just that. Article VIII, Section Two of the Michigan Constitution of 1963 reads as follows: : "The legislature shall maintain and support a system of free public elementary and secondary schools as defined by law. Every school district shall pro vide for the education of its pupüs . . ." SOME outstanding educators in the past have held that universal education and free textbooks must go together. Precedent - seekers will find many state school districts were providing free textbooks long before the new language was inserted into the Constitution. The textbook ruling was a financial inconvenience to some school districts. These districts adapted as best they could; for the rest, there was the promise of legislative assistance. The textbook ruling is not retroactive. Those of us who paid for our textbooks and supplies all through school aren't entitled to a refund (reparations, to use an "in" word these days). That money is gone but it's not forgotten. _