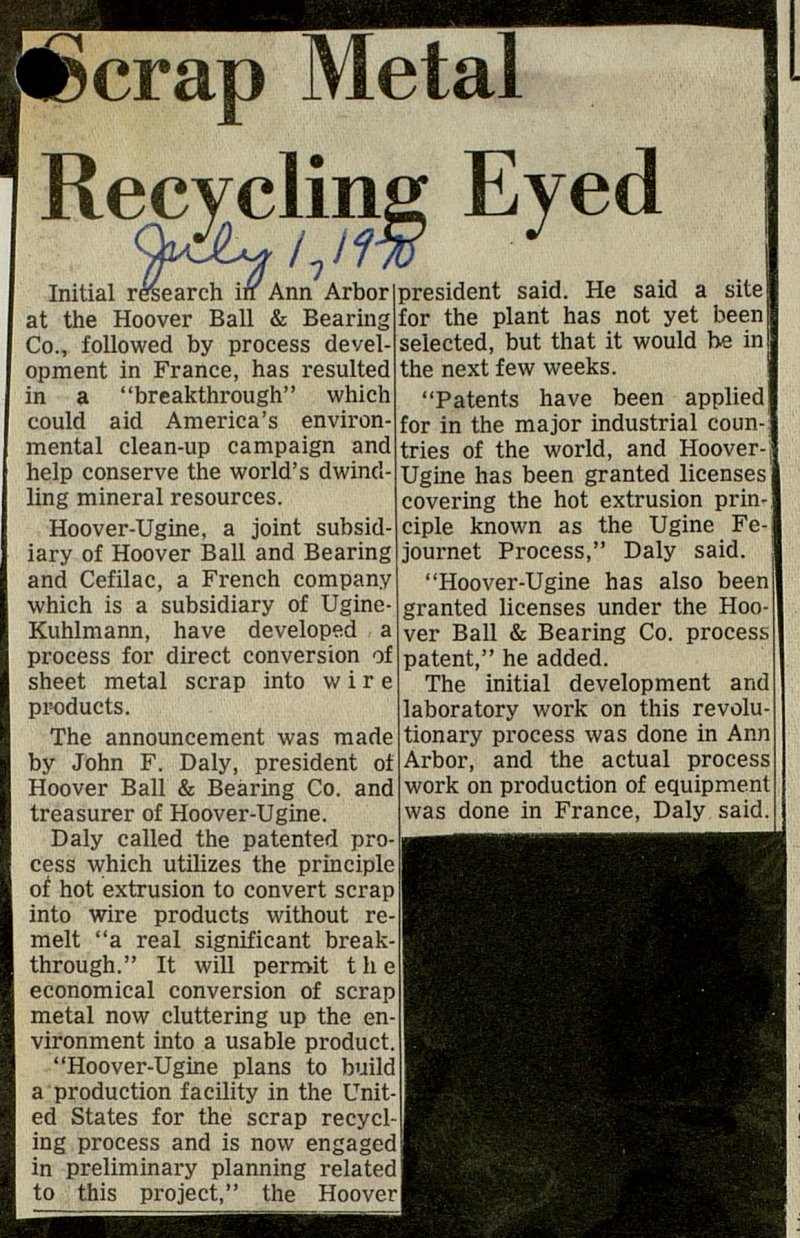 Initial research in Ann Arbor at the Hoover Ball & Bearing Co., followed by process development in France, has resulted in a "breakthrough" which could aid America's environmental clean-up campaign and help conserve the world's dwinclling mineral resources. Hoover-Ugine, a joint subsidiary of Hoover Ball and Bearing and Cefilac, a French company which is a subsidiary of UgineKuhlmann, have developed a process for direct conversión of sheet metal scrap into w i r e producís. The announcement was made by John F. Daly, president of Hoover Ball & Bearing Co. and treasurer of Hoover-Ugine. Daly called the patented process which utilizes the principie of hot extrusión to convert scrap into wire products without remelt "a real significant breakthrough." It will permit the economical conversión of scrap metal now cluttering up the environment into a usable product. "Hoover-Ugine plans to build a production facility in the United States for the scrap recycling process and is now engaged in preliminary planning related to this project," the Hoover 1 :=-=.=.,=■ - 1 ET president said. He said a site :or the plant has not yet been selected, but that it would be in the next few weeks. "Patents have been applied for in the major industrial countries of the world, and HooverUgine has been granted licensesl covering the hot extrusión prin-l ciple known as the Ugine Fe-I journet Process," Daly said. "Hoover-Ugine has also been! granted licenses under the 1 ver Ball & Bearing Co. process I patent," he added. The initial development and laboratory work on this revolutionary process was done in Ann Arbor, and the actual process work on production of equipment was done in France, Daly said. I