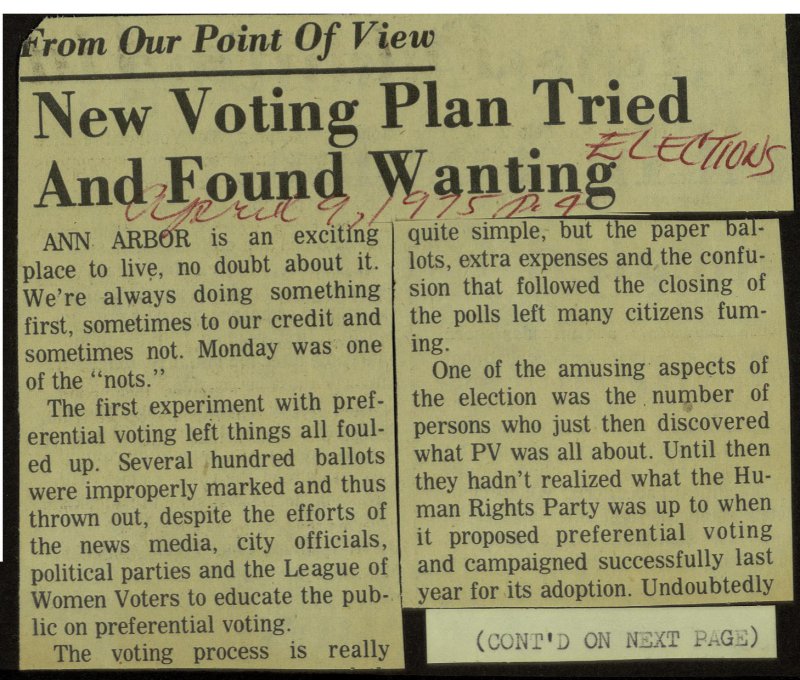 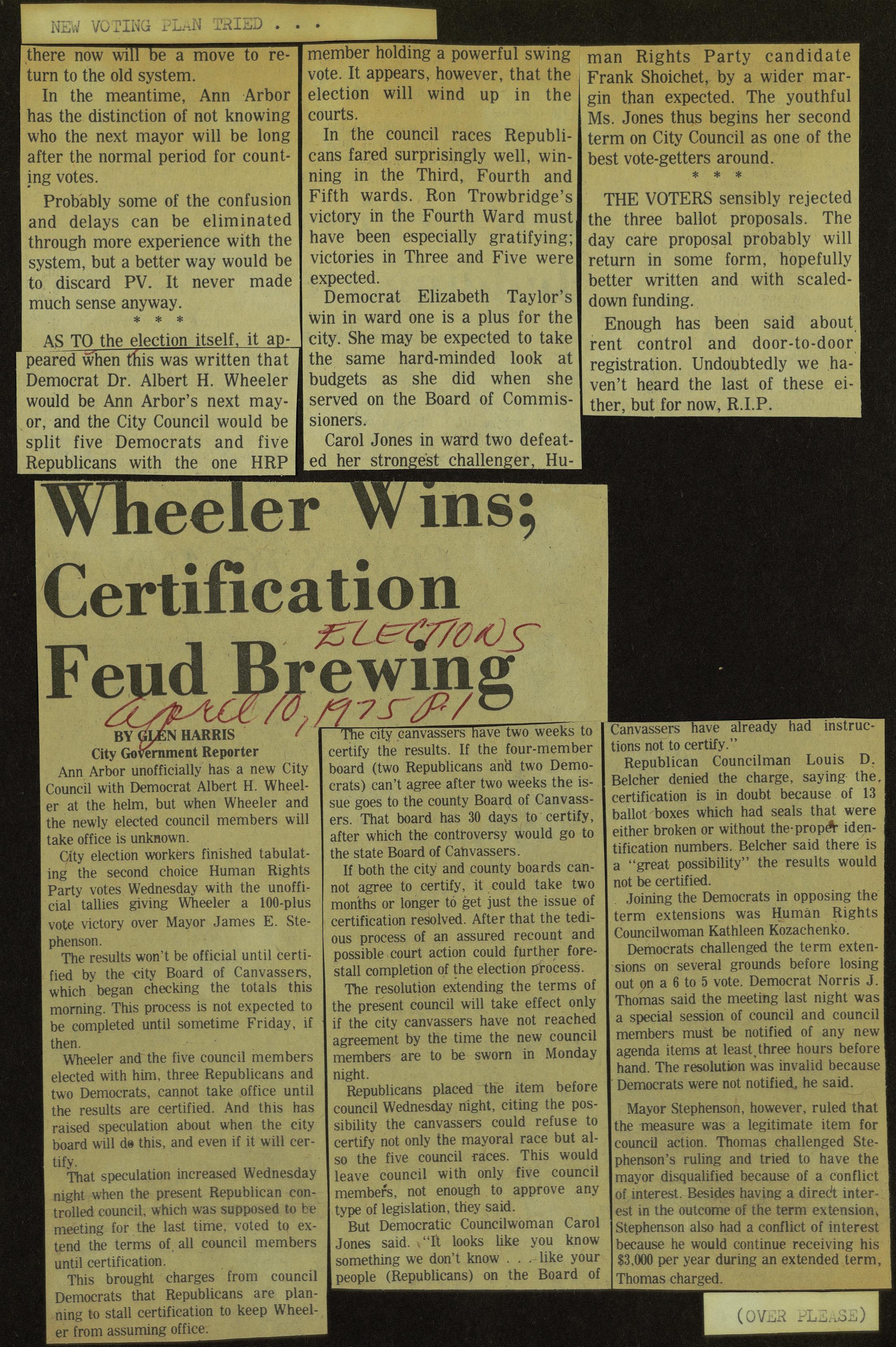 ANN ARBÖR is an excitïhg place to live, no doubt about it. We're always doing something first, sometimes to our credit and sometimes not. Monday was one of the "note." , The first experiment with preferential voting left things all fouled up. Several hundred ballots were improperly marked and thus thrown out, despite the efforts of the news media, city officials, political parties and the League of Women Voters to edúcate the public on preferential voting. The voting process is really quite simple, but the paper I lots, extra expenses and the I sion that followed the closing of I the polls left many citizens fuming. I One of the amusing aspects of the election was the number of persons who just then discovered what PV was all about. Until then they hadn't realized what the Human Rights Party was up to when it proposed preferential voting and campaigned successfully last year for its adoption. Undoubtedly (CüNP'D ON NiXT PAGE) NEW VOTING rL.--.N IHIED . there now will be TTnövetore turn to the old system. In the meantime, Ann Arbor has the distinction of not knowing who the next mayor will be long after the normal period for counting votes. Probably some of the confusión and delays can be eliminated through more experience with the system, but a better way would be to discard PV. It never made much sense anyway. AS TO the election itself , it appeared when this was written that Democrat Dr. Albert H. Wheeler would be Ann Arbor's next mayor, and the City Council would be split five Democrats and five Republicans with the one HRP ■ member holding a powerful swing vote. It appears, however, that the election will wind up in the courts. In the eouncil races Republicans fared surprisingly well, winning in the Third, Fourth and Fifth wards. Ron Trowbridge's victory in the Fourth Ward must have been especially gratifying; victories in Three and Five were expected. Democrat Elizabeth Taylor's win in ward one is a plus for the city. She may be expected to take the same hard-minded look at budgets as she did when she served on the Board of Commissioners. Carol Jones in ward two defeated her strongést challenger, 1 man Rights Party candidate I Frank Shoichet, by a wider margin than expected. The youthful Ms. Jones thus begins her second term on City Council as one of the best vote-getters around. THE VOTERS sensibly rejected the three ballot proposals. The day care proposal probably will return in some form, hopefully better written and with scaleddown funding. Enough has been said about rent control and door-to-door registration. Undoubtedly we haven't heard the last of these either, but for now, R.I.P.