T. L. Dickinson To Head Uf Board Of Directors 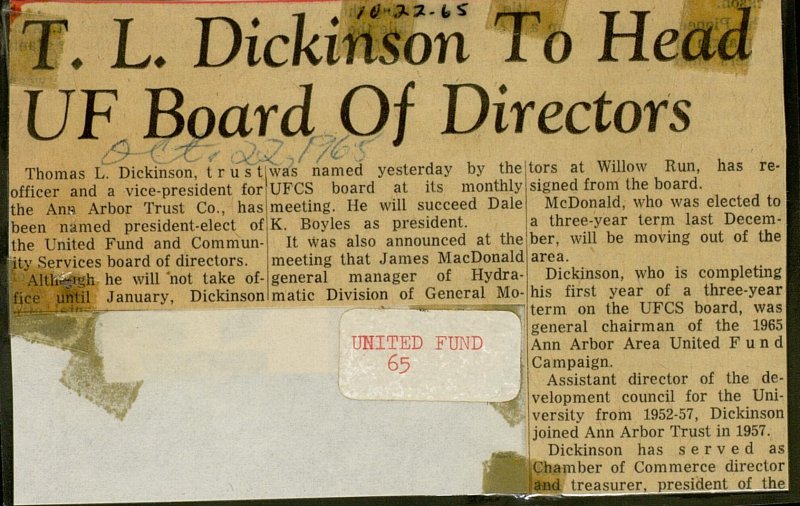 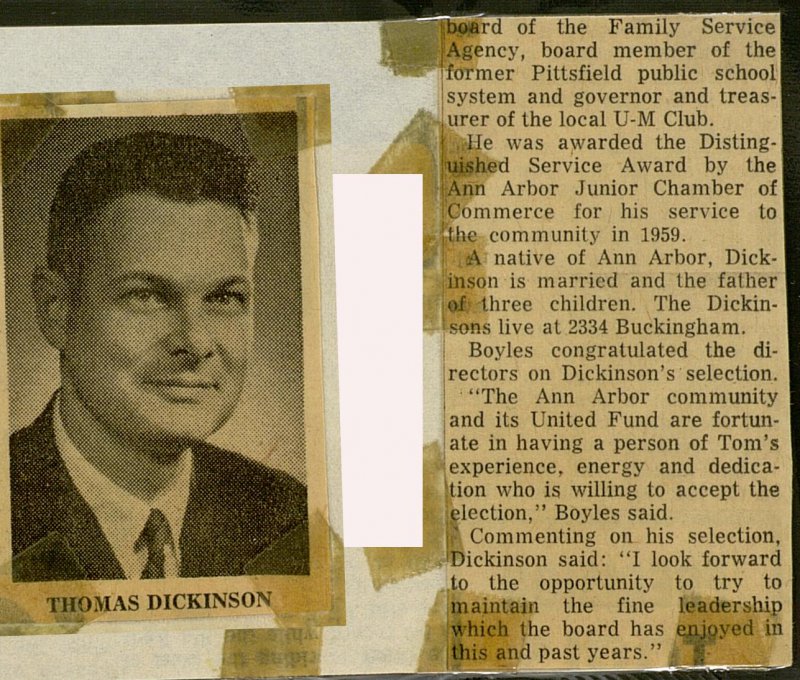 Thomas L. Dickinson, trust officer and a vice-president for the AnH Arbor Trust Co., has been named president-elect of the United Fund and Community Services board of directors. AHli.-iyh he will not take uittil January, Dickinson was namecí yesterday by the UFCS board at ils monthly meeting. He will succeed Dale K. Boyles as president. It was also announced at the meeting that James MacDonald general manager of Hydramatic División of General tors at Willow Run, has 1 signed from the board. McDonald, who was elected to I a three-year term last 1 ber, will be moving out of the I area. Diekinson, who is completingl his first year of a three-year I term on the UFCS board, wasj general chairman of the 19651 Ann Arbor Area United Fundí Campaign. Assistant director of the de-l velopment council for the Uni-I versity from 1952-57, Diekinson joined Ann Arbor Trust in 1957. Diekinson has serve d as Chamber of Commerce director !aod treasurer, president of_thgj bjiiard of the Family Service I lAgency, board member of the! farmer Pittsfield public school I system and governor and treas-l urer of the local U-M Club. JöJe was awarded the Disting-I uished Service Avvard by thel rÁiin Arbor Junior Chamber ofl Commerce for his service tol jjthe community in 1959. A native of Ann Arbor, Dickj'üison is married and the f al her Mjft.'lhree children. The Dickinsons live at 2334 Buckingham. Boyles congratulated the directors on Dickinson's selection. "The Ann Arbor community and its United Fund are fortúnate in having a person of Tom's :experience, energy and dedicación who is willing to accept the election," Boyles said. I Commenting on his selection, 'Dickinson said: "I look forward to the opportunity to try to maintain the fine leadership which the board has ejúoyed in this and past years." ,