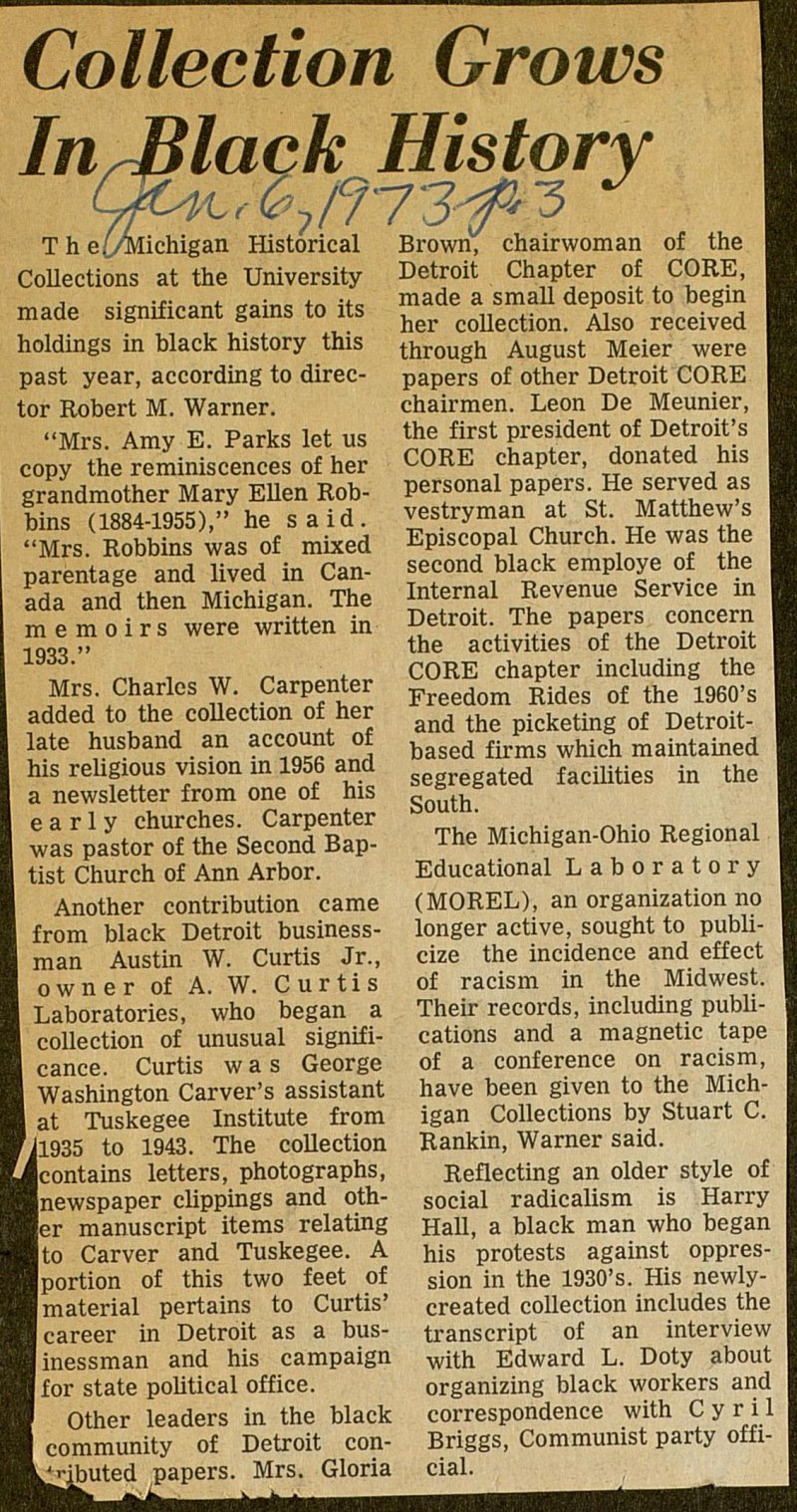 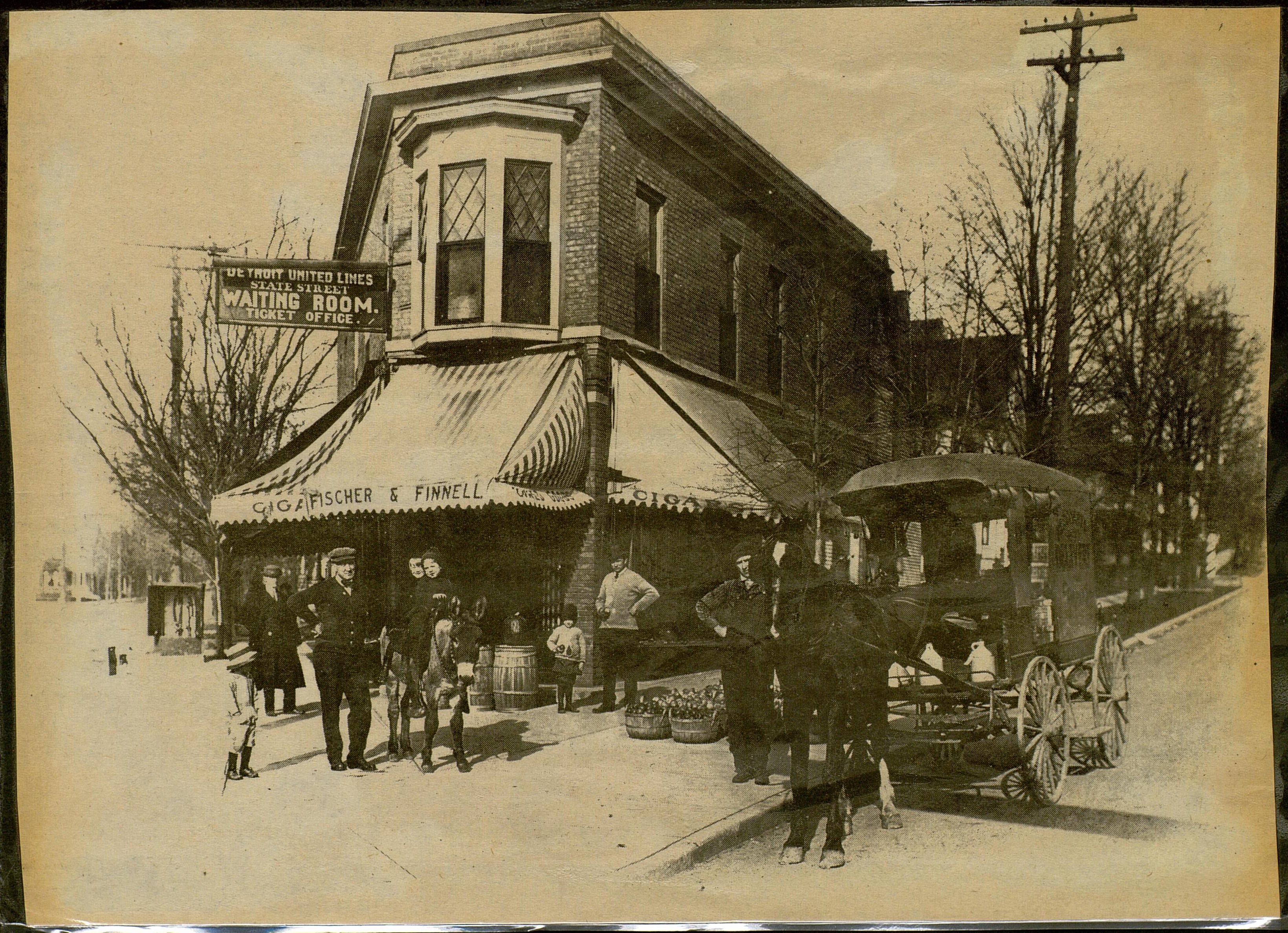 T h e Michigan Historical Collections at the University made significant gains to its holdings in black history this past year, according to director Eobert M. Warner. "Mrs. Amy E. Parks let us copy the reminiscences of her grandmother Mary Ellen Robbins (1884-1955)," he said. "Mrs. Robbins was of mixed parentage and lived in Canada and then Michigan. The memoirs were written in 1933." Mrs. Charles W. Carpenter added to the collection of her late husband an account of his religious visión in 1956 and a newsletter from one of his e a r 1 y churches. Carpenter was pastor of the Second Baptist ntinrrh of Ann Arbor. Another contribution carne from black Detroit businessman Austin W. Curtis Jr., owner of A. W. Curtis Laboratories, who began a collection of unusual significance. Curtis was George Washington Carver's assistant i at Tuskegee Institute from J1935 to 1943. The collection ■contains letters, photographs, Inewspaper clippings and othler manuscript items relating ■ to Carver and Tuskegee. A I portion of this two f eet of ■ material pertains to Curtis' Icareer in Detroit as a buslinessman and his campaign I for state political office. Other leaders in the black I community of Detroit conL'ributed papers. Mrs. Gloria Brown, chairwoman of the I Detroit Chapter of CORE, I made a small deposit to begin I her collection. Also received I through August Meier were I papers of other Detroit CORE I chairmen. León De Meunier, I the first president of Detroit's I CORE chapter, donated his I personal papers. He served as I vestryman at St. Matthew's I Episcopal Church. He was the I second black employé of the I Internal Revenue Service in I Detroit. The papers concern I the activities of the Detroit I CORE chapter including the I Freedom Rides of the 1960's I and the picketing of I based firms which maintained I segregated facilities in the I South. The Michigan-Ohio Regional Educational Laboratory (MOREL), an organization no longer active, sought to publicize the incidence and effect of racism in the Midwest. Their records, including publications and a magnetic tape of a conference on racism, have been given to the Michigan Collections by Stuart C. Rankin, Warner said. Reflecting an older style of social radicalism is Harry Hall, a black man who began his protests against oppression in the 1930's. His newlycreated collection includes the transcript of an interview with Edward L. Doty about organizing black workers and correspondence with C y r i 1 Briggs, Communist party official. - ■