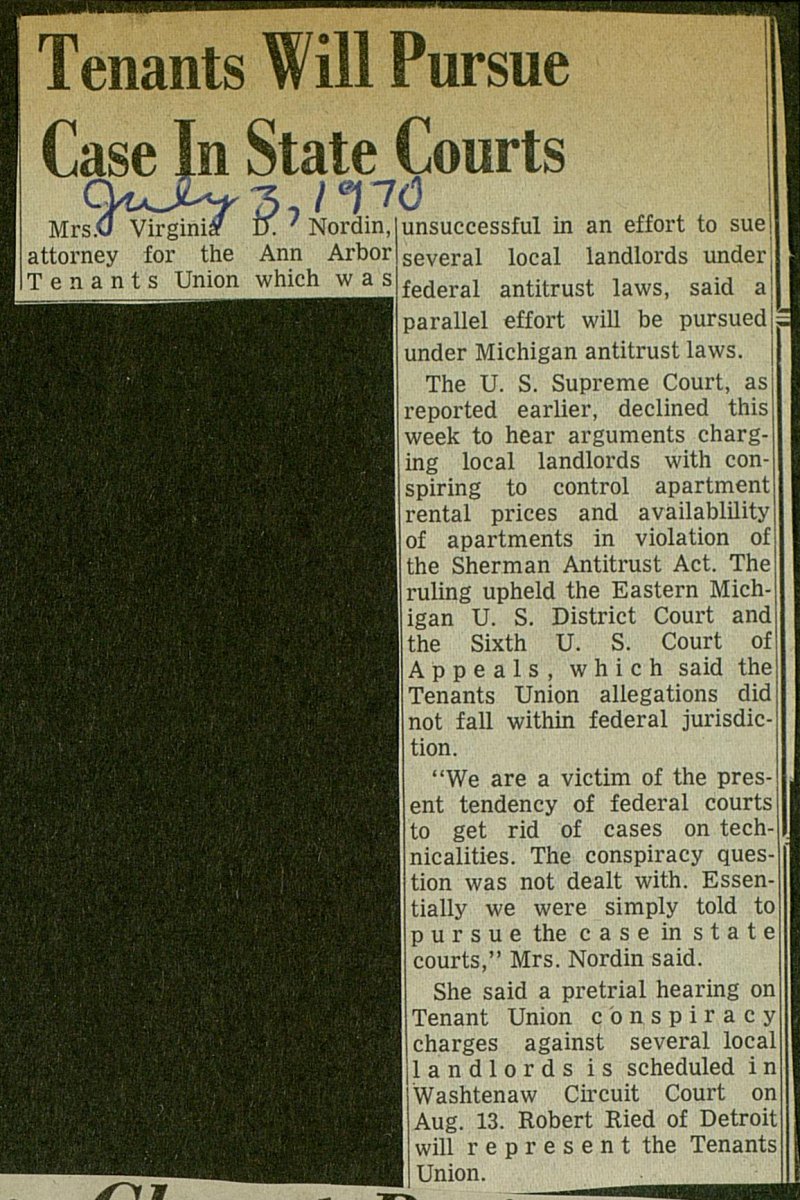 Mrs. Virginia ü. Nordin, attorney for the Ann Arbor Tenants Union which was unsuccessful in an effort to suej several local landlords under federal antitrust laws, said a parallel effort will be pursued under Michigan antitrust laws. The U. S. Supreme Court, as reported earlier, declined this week to hear arguments charging local landlords with conspiring to control apartment rental prices and availablility of apartments in violation of the Sherman Antitrust Act. The ruling upheld the Eastern Michigan U. S. District Court and the Sixth U. S. Court of Appeals, which said the Tenants Union allegations did not fall within federal jurisdiction. "We are a victim of the present tendency of federal courts to get rid of cases on technicalities. The conspiracy 1 tion was not dealt with. Essentially we were simply told to pursue the case in state courts," Mrs. Nordin said. j She said a pretrial hearing on Tenant Union conspiracy charges against several local landlords is scheduled i n Washtenaw Circuit Court on I Aug. 13. Robert Kied of Detroit I will represent the Tenants I Union.